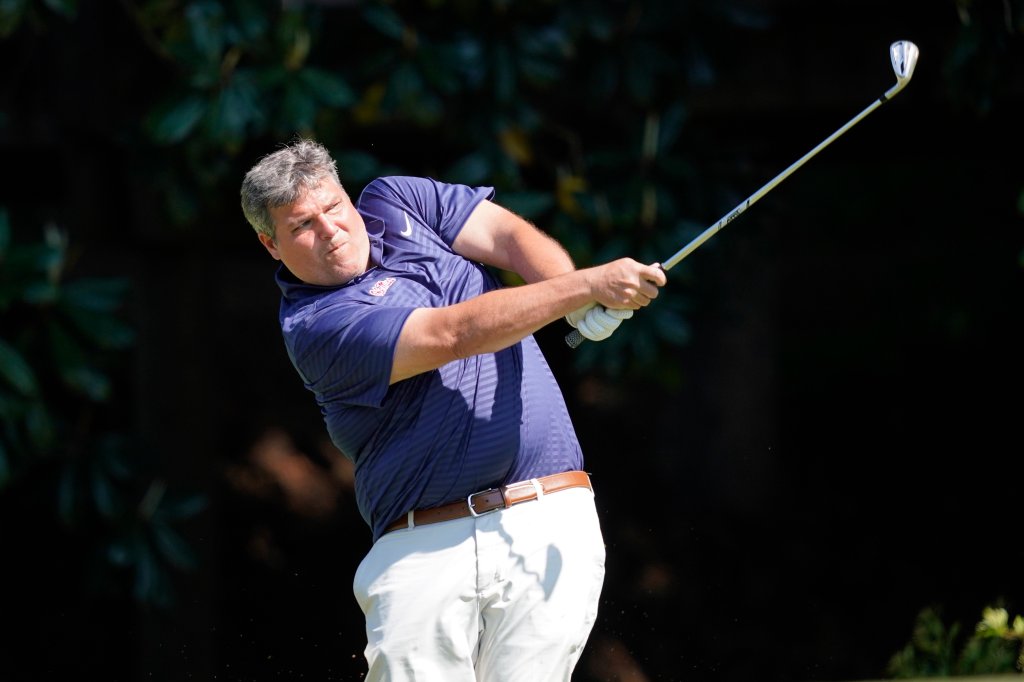 As it turns out, Ole Miss head football coach Matt Luke is pretty darn good on the golf course.

“Matt can putt, I can tell you that. He made a lot of crucial and critical putts,” Walls said. “What a great job Chick-fil-A and Peach Bowl, Inc. does with putting on this golf tournament. It’s awesome and a lot of good comes out of it.”

Not only can Luke apparently hit some good puts, he also won the long drive competition for the coaches, hitting a 275-yard drive.

With the win, it’s the first time in event history (since 2010), that one school has won the event four consecutive years. Teams are competing for prize money to be donated to charity.

“I think coming down the stretch last year, we had a little cushion. We got behind this back nine. I think Georgia was up there, so there was a little bit more pressure coming in having to hit a good shot,” Luke said after the event. “It’s been a day of good friends and good times.”

Team Ole Miss’ $100,000 in prize money will be split between an Ole Miss endowed scholarship fund and the Ole Miss chapter of The Fellowship of Christian Athletes.