Commodores healthy and stepping up the key to postseason run 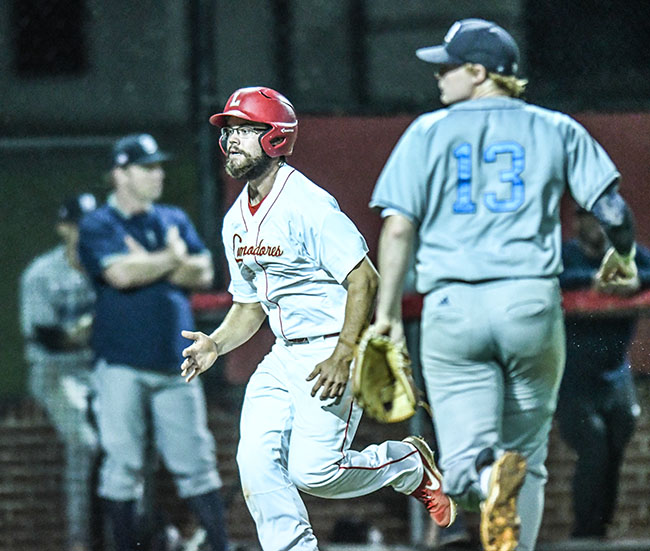 Seemingly every postseason run has something a little unique about it. It doesn’t take just the play from your best players that have been there all year, it takes something else from the guys that tend to fall a little behind the scenes.

For the 2019 Lafayette baseball team, it’s been more than just a postseason of players stepping up. It’s been an entire season.

“Going into the year, we kind of knew some of the upperclassmen that were going to need to be successful and be healthy to have the kind of success we wanted to have,” said Lafayette head coach John Walker, after clinching their berth in the North Half final. “What’s even more impressive is there’s some upperclassmen that weren’t even in our plan, but have been consistently good for us.”

Zach Meagrow was the first name Walker individually doled out. The senior salutatorian is second on the team in batting, hitting a ludicrous .435, and leads the team in both RBIs (27) and home runs (3). The numbers are impressive in a vacuum of the 2019 season but stand out even more when you consider that he recorded just eight hits and two RBIs one season ago as a junior.

In the 5A playoff quarterfinal sweep over Ridgeland, Meagrow went 6 for 6 to start off the series, before getting intentionally walked by the Ridgland pitchers to end the second game. The irony in the intentional walk is in what happened just one week prior against Center Hill.

Walker pulled his senior aside after a second-round playoff game against Center Hill. Freshman Tyrus Williams – who’s hitting a blistering .443 in his own right – was intentionally walked, bringing Meagrow to plate. He went 0 for 4 in the game.

“I just told him that he has to make them pay for that. But really, what he’s done offensively this year is astronomical,” Walker said. “He took it upon himself to turn that around. He and Tyrus (Williams) have carried us offensively.”

Speaking of players stepping up, Tyrus Williams made quite a leap of his own in 2019. Just a freshman now, Williams made 24 plate appearances for the Commodores in 2018 as an eighth grader. He didn’t record a single hit. Just one year later, Tyrus Williams was the Region 2-5A Player of the Year.

It’s really a collective improvement for the Commodores. It’s easy to single Meagrow and Williams out because of their massive leaps numerically for the year, but there’s more than a handful of others that have taken leaps of their own.

Leadoff hitter and senior Ben Harper hits .367, but that’s not much different from the past. Where he’s much better is in the field.

Despite pitcher Foster Westbrook gutting it through a minor leg injury, the Lafayette team is also relatively healthy at the most important part of the year. It’s another thing they couldn’t say a year ago. Westbrook wasn’t healthy last year either, but it was a more serious arm injury that prevented him from pitching. They also didn’t have Will Larson, another Commodore senior who’s healthy now.

It’s truly a remarkable run no matter where it goes from here. From no playoffs to the North-half final this weekend, the Lafayette season is a monumentous success regardless of this weekend’s outcome. Due to weather, the team had to move the opening game of the North Half against Saltillo to Wednesday at 6 p.m..

Lafayette has faced Saltillo three times this year and has had some success. The team is 2-1 against the Tigers this year, winning games in Oxford 10-0 on March 26 and 8-6 on April 12. Lafayette lost 9-4 at Saltillo on March 29.

How to watch Ole Miss softball in the SEC…