Lafayette takes game one of North Half final, one game away from state championship berth 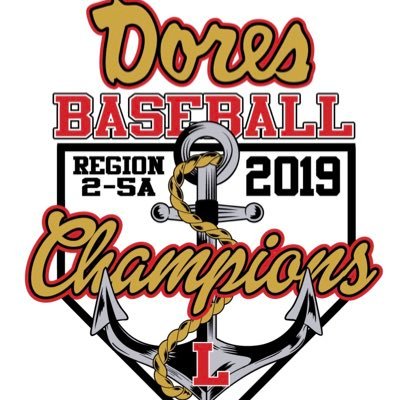 Game one of the 5A North Half final game of the series from Saltillo by a score of 6-5.

Amidst a steady down falling of rain, both teams committed their handful of errors and fielded sloppy pitching. But in the end, the outcome supersedes any individual performance or miscue.

“A lot of times when things go bad or things don’t go your way, you can sense somebody want to blame somebody else,” Walker said. “It’s never that way with this group. It’s always next guy up. That’s part of what’s aided our development to get us to this point where we’re one game away from playing in the title.”

Saltillo got started hot, but Foster Westbrook was able to weather the storm on the mound well for the Commodores.

Westbrook hit the second batter of the game before giving up two consecutive hits. Thankfully for Lafayette, he managed to throw a lot better with guys on base Wednesday night. Despite his struggles, he never allowed more than one run in any inning he threw.

The third inning brought with it a steady downfall of rain, but also the first set of Commodore runs. Lafayette scored two runs on the inning but did so on just one hit. Saltillo starting pitcher Drew Monaghan walked three and hit one in the inning. With the bases loaded, freshman Tyrus Williams brought home the first Lafayette run with an RBI walk.

They scored one more on a sacrifice fly from Zach Meagrow before Hunter Coleman struck out with the bases loaded to end the inning. Despite stranding three runners, the two runs scored was enough to take the lead at 2-1 after three innings.

Rain started coming down harder in the fourth, and with it four more runs crossed the plate. After Saltillo tied the game in the top-half of the inning with an RBI single, Lafayette skipped no beats retaking the lead. With the bottom of the Commodore lineup coming to the plate, three of the Lafayette six to nine hitters scored in the inning in which the Commodores recorded four more hits and drew an additional two walks to go up 5-2.

It wasn’t Westbrook’s best day on the mound, but he weathered and competed enough to keep the Tigers from scoring more than one run in any inning. He was pulled in the top of the sixth after allowing the first two baserunners on without an out.

“Foster grinded. And this time of the year that’s what pitchers are going to do,” Walker said. “You just have to grind through bad outings. We haven’t had a really good outing, a clean outing, in a long time. But we haven’t lost a game in a long time either. So we’re figuring out ways to get games won.”

In comes Zach Meagrow. The do-it-all right fielder was really good on the mound in relief of Westbrook, given the circumstances of a runner on second and third. Meagrow allowed one run on a sacrifice fly, before getting the next two Saltillo batters to fly out, ending the inning still up 5-4.

“Yea not ideal but I was just thinking about coming in and throwing a bunch of curveballs and throwing strikes,” Meagrow said. “We had a few errors but we moved past them and we came through. We’ll be a lot cleaner the next game.”

Meagrow would stay in the game, battling against a slow but steady Tiger comeback. Trailing by two runs entering the final frame, Saltillo would get within one run behind an error by the Commodore shortstop and a subsequent sacrifice fly. Meagrow would get the final batter to fly out to center, ending the game.

With the win, Lafayette has now won eight straight and have yet to lose a playoff game. They’re one win away from a trip to Jackson for the 5A State Championship game. Game 2 is scheduled for Friday at Saltillo.