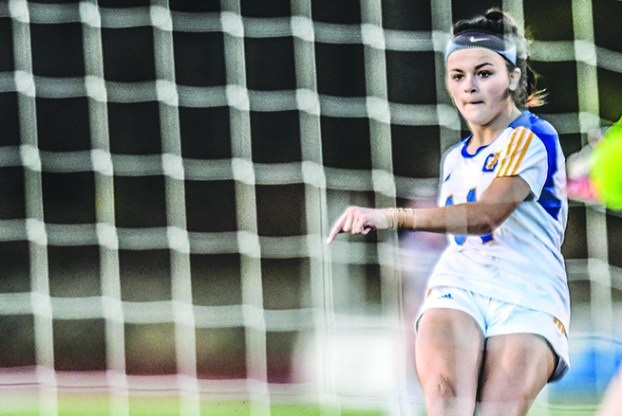 Allstate released its yearly list of the top-100 high school soccer players in the country on Tuesday. Among the names was a familiar Oxford face.

Oxford’s Morgan O’Connor was named to the Allstate All-American girls soccer team on Tuesday. One of 50 girls from around the nation recognized for her outstanding high school performances, O’Connor can add it to her growing trophy case that already included a Mississippi State player of the year title.

“It wasn’t even on my radar,” O’Connor said. “I really didn’t know what it was so I wasn’t looking or waiting for it at all. I was just thankful to be recognized. I knew a couple other of the girls that were named, just from playing with them before. So it was really cool to have all our names recognized together.”

Despite the second-round playoff exit to Northwest Rankin this past year, it’s quite the successful final season for O’Connor as a Charger.

Morgan will be graduating high school a year early to enroll at Ole Miss and get started on her college soccer career.

Lafayette takes game one of North Half final, one game away from state championship berth

OXFORD – Mental toughness was the key point in Lafayette coach John Walker’s postgame message. Game one of the 5A... read more