Portion of University Avenue to be closed 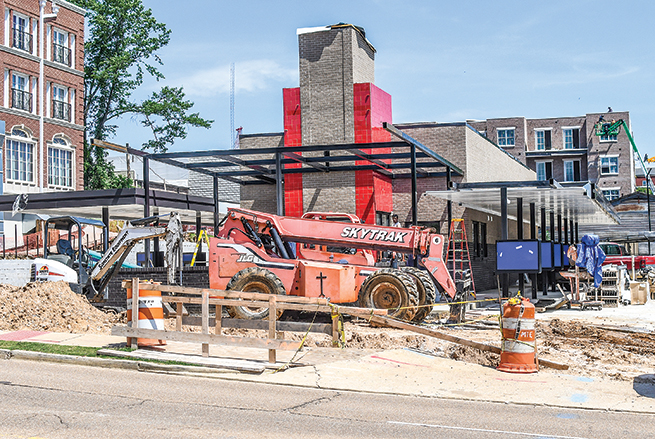 Sonic on University Avenue remains under construction in Oxford, Miss. on Wednesday, May 8, 2019. (Bruce Newman, Oxford Eagle via AP)

A portion of University Avenue will be closed later this month in an attempt to correctly and efficiently fix a mistake that occurred when connecting to a sewer main.

The contracting company MTE. LLC made a request to Oxford’s Board of Aldermen to close off University Avenue in order to install a sewer line to serve Sonic, which is returning to its original location with a new building. The site plan was approved to reuse the existing sewer tap in a manhole in the sidewalk in front of Sonic. Upon completion of the slab and rough plumbing, the contractors discovered the existing manhole would not work due to the elevation. An alternate plan to bore into the manhole on University Ave. was approved, but after contacting multiple companies there were none able to complete the bore due to conflicts with other existing utilities, including an electrical duct bank.

In their request, the contractors stated they could complete the work with lane closures and not cut off traffic flow completely. The city engineering staff recommended closing the road completely due to the nature and location of the work. The manhole in question is located in the inside eastbound lane as drivers head towards Highway 7 and the contractors will have to cut both of the westbound lanes to make the connection.

“I’m not comfortable (with lane closures),” city engineer Reannna Mayoral said during Tuesday’s Board meeting. “When you’re working under traffic you’ve got to do the work and cover it back up before you can move on. Whereas if you close the entire road it’s safer and faster.”

The Board approved Sunday, May 19 as the date to close the road from South Lamar Boulevard to 14th Street. A start time has yet to be determined, but the contractor informed the city they could have the work done within eight hours beginning the project.