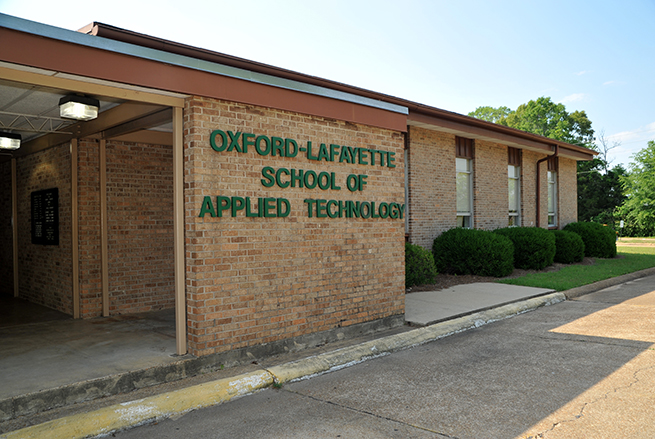 Talks between the two sides hit a snag last month when Lafayette County’s School Board rejected a proposed contract from Oxford’s school board. In OSD’s proposal, the Tech Board would dissolve into more of an advisory board that will “make recommendations (to each school board) and provide oversight with respect to the The Tech curriculum, personnel and facilities.” The desire to get rid of the The Tech Board as a governing body caused concerns from Lafayette’s School Board, prompting the rejection of the proposal.

According to OSD, the district wants to break away from the consortium with Lafayette with the intent of starting a program of their own in the future. Dissolving the Tech Board in its current format is the only way that can happen, in Oxford superintendent Brian Harvey’s viewpoint.

“We do want what’s best for all of the students involved,” Harvey said to the EAGLE last month. “But we’re going to have to have our program from a reimbursement standpoint from the state. That doesn’t mean that we can’t continue to use that facility to serve both school districts, but we’re going to have to have our own program so we can have the director reimbursed, the counselor partially reimbursed. It’s real dollars to us and it’s real dollars, outside of our own program, we don’t get access to.”

Since then there have been official meetings with the Tech board and other meetings between Harvey and Lafayette superintendent Adam Pugh along with the district’s lawyers to work out a compromise.

During Thursday’s meeting, Pugh told Harvey and other members of the OSD Board who also serve on the Tech Board the two conditions Lafayette’s Board had regarding a new contract agreement. The first condition was to not dissolve the Tech Board.

“When our board met the other night, they are not willing to agree to dissolve (the Tech Board),” Pugh said during the meeting. “That is a non-negotiable (condition). For us to reach an agreement (the Tech Board) has to stay intact.”

Harvey noted in response that he felt both district’s lawyers could work out ‘those issues for the next year.’  He also reiterated Oxford’s intentions move in their own direction and begin their own program in the future.

Lafayette’s second condition goes along with OSD’s intentions to branch out on their own by wanting them to agree to a two-year contract. The reasoning behind the two-year request is that it would allow Lafayette time to work out a plan of their own to coincide with Oxford’s plan to start their own program. LCSD board member Bill McGregor commented that Oxford already has a plan and that Lafayette needs time to come up with their own and two years seems an appropriate about of time to do so.

Harvey countered Lafayette’s request for a two-year commitment with a condition: when adding a new class to the program, the decision must pass with four votes instead of three. The current voting requirement is a majority vote of 3 to 2, but the condition of a 4 to 1 vote comes from Harvey’s viewpoint that someone from the opposite school district would need to support the new class as well.

“We want a two-year agreement to do what’s best for our kids,” Pugh said. “We feel like two years gives (Oxford) enough time and (Lafayette) enough time that when this thing is dissolved, which is what (Oxford) has requested, then that buys both of us enough time do what we need to do.”

The meeting ended with both parties agreeing with Pugh’s sentiment. The next steps will be for Harvey to take Lafayette’s requests back to his school board to be discussed at their next meeting on May 20. The Tech Board has tentatively scheduled another meeting for June 6.