111 Sworn in at Naturalization Ceremony 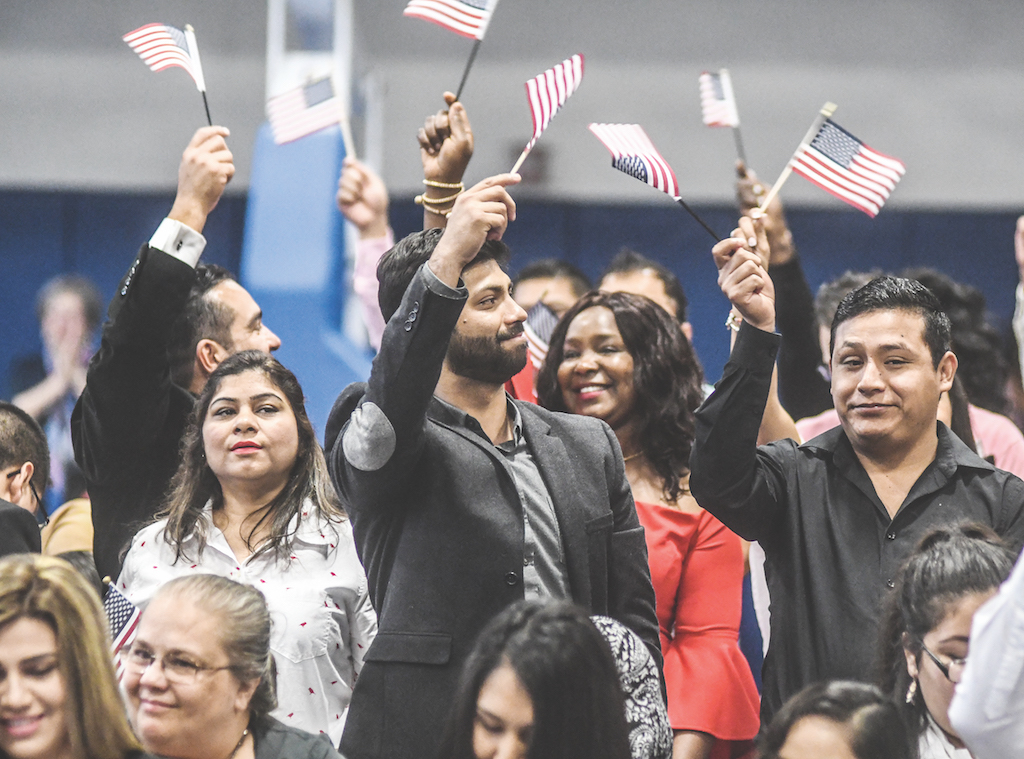 Sulaiman Shoaib, originally from Pakistan, waves a U.S. flag after taking the oath of citizenship as the U.S. District Court for the Northern District of Mississippi held a Naturalization Ceremony at Oxford High School in Oxford, Miss. on Friday, May 10, 2019. (Bruce Newman, Oxford Eagle via AP)

Judge Sharion Aycock of the U.S. District Court for the Northern District of Mississippi presided over the ceremony. In her address to the new citizens, Aycock spoke about the importance of naturalization ceremonies and the example set for others wishing to become Americans.

“This ceremony is one of the most important events in our lives, particularly in your lives,” Aycock said. “It’s an important event for you today, but also important for the history of our country.”

The crowd was serenaded by members of the Oxford High School Chamber Choir, who performed the “Star Spangled Banner” and “America the Beautiful.”

Keynote speaker for the ceremony was Tupelo, Miss. attorney Barry Walker, who has devoted his practice to immigration law since 1992.

Walker discussed the privilege of American citizenship in the context of the country’s history. The United States is a nation built from immigrants, Walker explained, and it affords freedoms and opportunities like no other.

“The nice thing about American citizenship is that… once you become an American citizen, it can’t be taken away from you,” Walker said. “It reminds me that our American experiment in democracy, when considered against the backdrop of human history, is an exceptional thing.”

Prior to taking the oath of citizenship, each prospective citizen had the opportunity to stand and announce their name and country of origin before the packed gymnasium. Oxford welcomed new citizens from dozens of countries including Morocco, Vietnam, Ukraine and Mexico, as friends and family members looked on.

One newly sworn citizen whose family looked on was Dr. Chiarella Esposito, a University of Mississippi history professor who has lived in the United States since she moved from Italy in 1993.

“I wasn’t sure whether I was going to be here or in Italy for my retirement,” Esposito said. “But my family is here, my kids are here. It feels strange now, but I think once I go to vote and get to participate in the civic experience, it will sink in.”

As she stood to take the oath of citizenship, her children looked on from the sidelines, happy tears streaming down their faces.

Blandine Noah, who was born in the African nation of  Cameroon, has been in the United States for almost six years. Becoming a citizen is the culmination of a lifetime of striving for the “American Dream,” she said.

“I’m really privileged to be an American citizen,” Noah said. “Growing up back in Africa, I always wanted to leave and go somewhere I could have the opportunity to do what I wanted to do. The United States has been great to me, the people are great.”