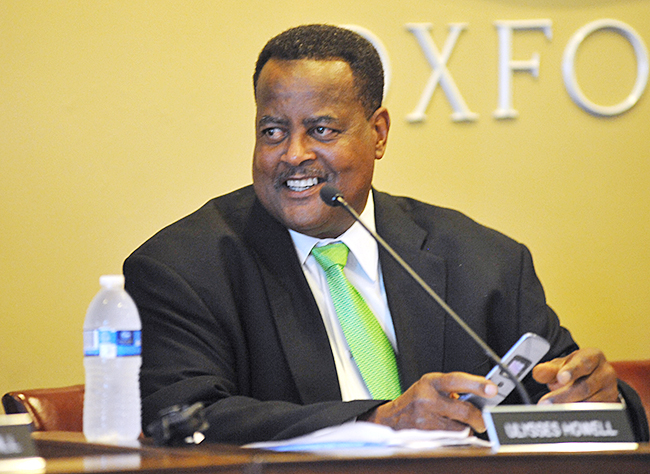 In a Facebook post Saturday evening, Oxford Mayor Robyn Tannehill said Howell was transported to Memphis, where he is in a hospital with family.

“… He is surrounded by family praying for a miracle,” Tannehill said. “Please join us in lifting up this incredible man who is fighting the good fight.”

Howell, affectionately called “Coach” by those who know him, is a Brandon native who has called Oxford home for many years.

He began working for Oxford School District in 1972, when he was hired as a coach and social studies teacher, and ultimately retired as assistant principal at Oxford High School after 37 years.

Howell has served as Ward 4 alderman for the City of Oxford for 26 years, making him the longest-serving alderman on the board. He is also mayor pro-tem, making him second in command at the City. In a 2017 profile in the EAGLE, Howell expressed his love for the LOU Community.

“You’re only as good as the people you’re surrounded with, and I’m surrounded by a lot of good people,” he said in the story. “Not just the people in my ward, but also my fellow aldermen and the mayors I’ve had the privilege of working with.”

CORRECTION: An earlier version of this story stated that Howell retired from OSD in 1990. This statement has been corrected.

111 Sworn in at Naturalization Ceremony