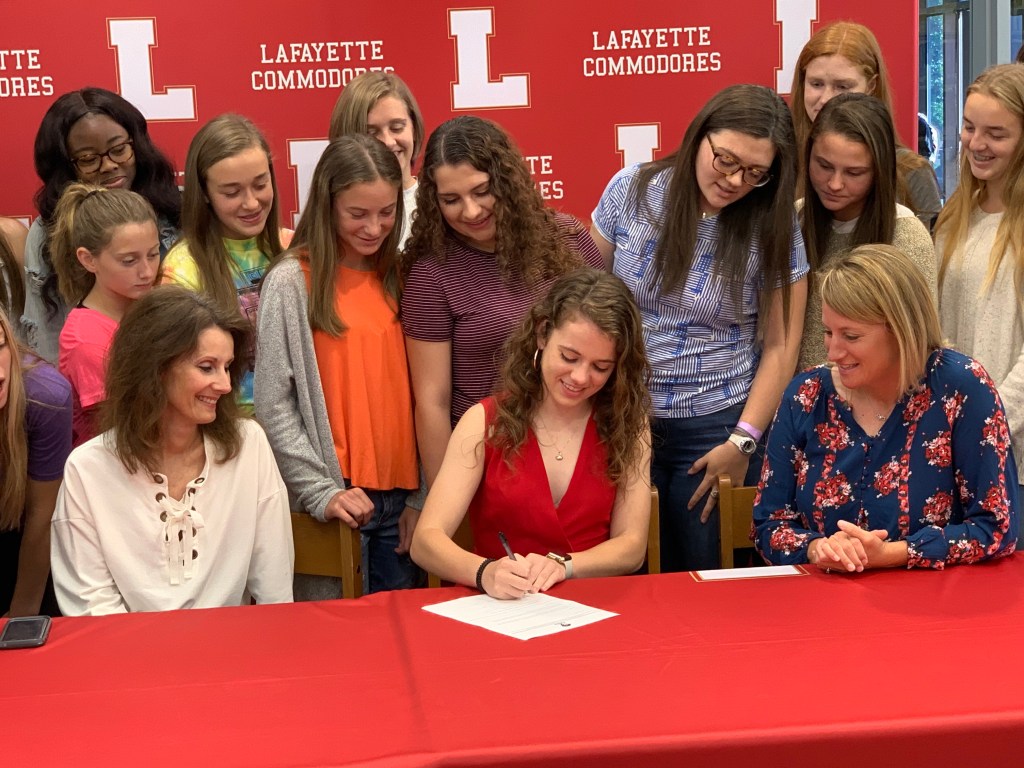 “I wasn’t going to play soccer (in college). The team this year changed my mind,” Harrison said. “I just hadn’t played on a team like this that was so close knit. They were like a family to me. They really changed my mind.”

A senior leader on the 2019 Lafayette team that won the 5A State Championship in dominating fashion, it’s icing on the cake to a season that had quite a bit of peaks for the Commodores.

“I think she just decided that she wanted to shine and she could this year. She dove in 100-percent,” said Lafayette head coach Melinda Scruggs. “Her attitude was critical. She showed up and no matter what we were doing, she was willing to put the work in. I think that’s what helped her decide that she does want to do this, that she does enjoy playing soccer and wants to keep playing.”

A six year player for the Commodores, Harrison just decided about a month ago on Christian Brothers. When touring the school, led by one of the senior soccer players, she really felt that similar close-knit vibe with the girls on the team. That was a major deciding factor for her.

Harrison will be joining a consistently solid Division II program in Christian Brothers that has finished at or above .500 for eight of the past ten seasons.