Mississippi native Riley gets major league call up from Braves 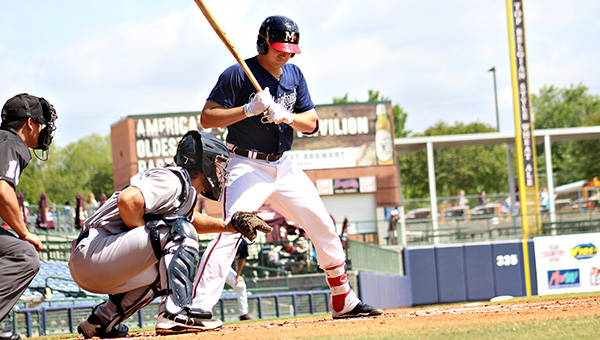 The team announced the moves before Wednesday’s game against St. Louis.

Inciarte was hitting just .218 and bothered by a sore back. Ronald Acuña Jr. will move over to play center field, giving Riley a chance to get extensive time in left. He was in the starting lineup, batting sixth and set to make his big league debut. Riley hit a home run in his second at bat in the Braves 4-0 win.

Riley was hitting .299 and leading the International League with 15 homers and 39 RBIs. Normally a third baseman, he recently started three straight games in left field for Triple-A Gwinnett.

The Mississippi native was selected in the first round of the 2015 MLB draft, 41st overall, out of DeSoto Central High School. He played for the Double-A Mississippi Braves in parts of the 2017 and 2018 seasons.

Biddle was let go after surrendering three runs in one-third of an inning Tuesday night in a 14-3 loss to the Cardinals. The left-hander was out of options and had a 5.40 ERA in 15 appearances.