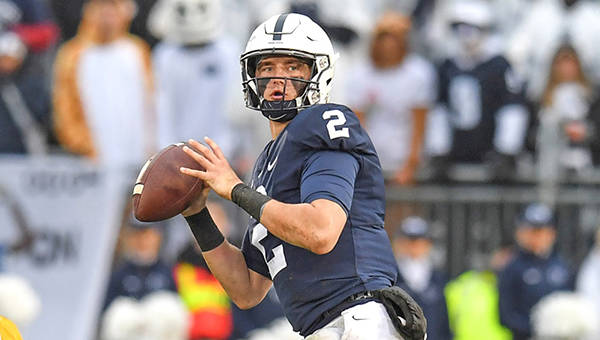 STARKVILLE (AP) — Mississippi State seemed to have its heir apparent ready to take over for record-setting quarterback Nick Fitzgerald. Now, it might have some questions.

The 6-foot-5, 240-pound Stevens was Trace McSorley’s backup on the Nittany Lions. He has thrown for 304 yards and four touchdowns, on 24-of-41 passing, over 23 career games while also running for 506 yards and eight touchdowns.

Stevens is a graduate transfer who has one season of eligibility remaining. He’ll likely compete for the starting job against junior Keytaon Thompson, who was Nick Fitzgerald’s backup last season.

Stevens will be reunited with Mississippi State head coach Joe Moorhead, who was the offensive coordinator at Penn State for two seasons before coming to Starkville in 2017.

“We look forward to Tommy joining our team and completing his final year of eligibility as a Mississippi State Bulldog,” Moorhead said in a statement. “Tommy is very talented and will be an excellent addition to our roster. He will have the opportunity to compete at quarterback this season. With nearly 100 days until kickoff, we are excited about our summer preparations as we continue to build a program that will make Mississippi State fans proud.”

The Bulldogs report for preseason camp on Aug. 1 before going through their first practice on Aug. 2. Mississippi State opens the regular season Aug. 31 against Louisiana-Lafayette in the Superdome in New Orleans.

Mississippi State finished 8-5 last season and lost to Iowa in the Outback Bowl.