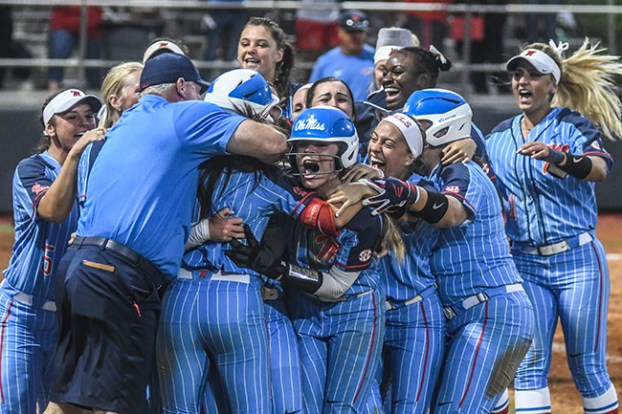 Mississippi players and coaches celebrate a win over Louisiana-Lafayette at the Ole Miss Softball Complex in the NCAA Oxford Regional in Oxford, Miss. on Sunday, May 19, 2019. Mississippi won 5-4 to advance to the NCAA Super Regionals. (Bruce Newman, Oxford Eagle via AP)

On Monday, the NCAA announced the dates and times for the Super Regional Round of the 2019 NCAA Softball Championship, with Ole Miss set to face Arizona Friday through Sunday in Tucson, Arizona.

Competing in the second Super Regional in program history, the Rebels will open up against the Wildcats at 6 p.m. CT at Rita Hillenbrand Memorial Stadium on Friday, with the game being featured on ESPNU. Game 2 is scheduled for 7 p.m. on Saturday and broadcast on ESPN2. If necessary, Game 3 will be played Sunday at 7 p.m. on ESPNU.

HOOVER, Ala. – The Southeastern Conference announced its annual awards on Monday. Being named to the various teams were three... read more