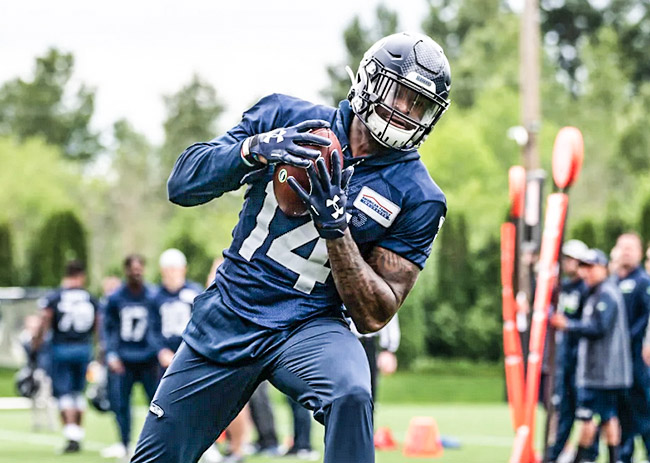 The Seattle Seahawks announced Wednesday afternoon the signing of second round pick D.K. Metcalf. The No. 64 overall selection in the 2019 NFL Draft, the Ole Miss product and Oxford native is now officially a Seahawk.

The details of his contract are not yet public. However, according to the latest collective bargaining agreement, NFL rookies are set into a relatively ridged contract structure based on where you are selected. A second-round pick, like Metcalf, gets a four-year contract. Really, the only thing negotiable about the contract is some of the technical languages surrounding guarantees and other specifics.

Pittsburgh’s James Washington and Jacksonville’s DJ Chark are two receivers from the 2018 draft class taken at the end of the second round, like Metcalf was. Their contracts were signed for $4.5 million and $4.44-million respectively over four years. Metcalf’s deal will come in that same ballpark, likely slightly more considering rises in the salary cap.

The Seattle receiving corps will look quite a bit different than prior years. The team cut eight-year veteran and two-time Pro Bowl receiver Doug Baldwin recently due to injury questions. Baldwin subsequently retired. Due to some of the investment of high draft capital in Metcalf and a general lack of proven players at the position, the team will likely rely on Metcalf from the get-go.

“The thing that’s most impressive is how well he learns,” Seahawks head coach Pete Carroll said in a statement. “It makes sense to him, it comes easy to him, he can make things look like it’s supposed to look in anything that we’re asking him to do—route-wise, concept-wise, there’s no ceiling on his play at all. He has got a tremendous top end.”

With the official contract, Metcalf became the 10th of 11 Seahawk rookies to sign their deals. Metcalf is the first Ole Miss player drafted this year to sign.