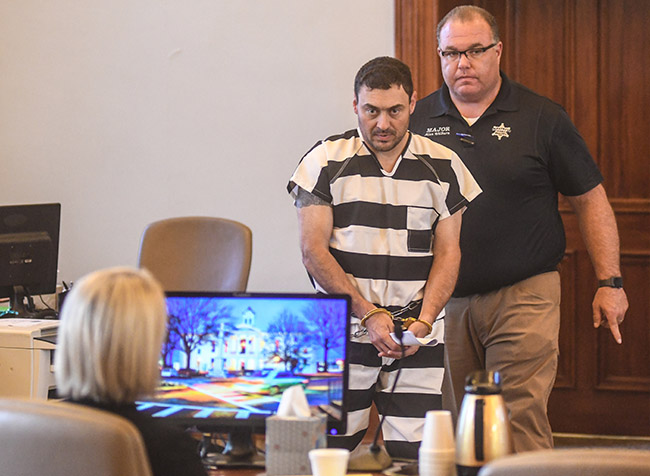 Per an order signed by John A. Gregory on Friday morning, bond has been denied to Matt Kinne. The former Oxford Police officer is facing a murder charge in the death of Dominique Clayton.

Following Judge Andrew Howorth’s recusal on Thursday, Gregory took over as the presiding judge on the homicide case.

A bond hearing was delayed by Howorth during Kinne’s initial court appearance on Wednesday, citing more time for the state and a public defender to look over the case to make a bond recommendation. With the order being signed on Friday there will not be a bond hearing. Assistant District Attorney Mickey Mallette confirmed the order was not contested.

Clayton’s family scheduled a press conference at 2:30 p.m. at the Lafayette County Courthouse steps on Friday with their attorney Carlos Moore of The Cochran Firm – Mississippi Delta.