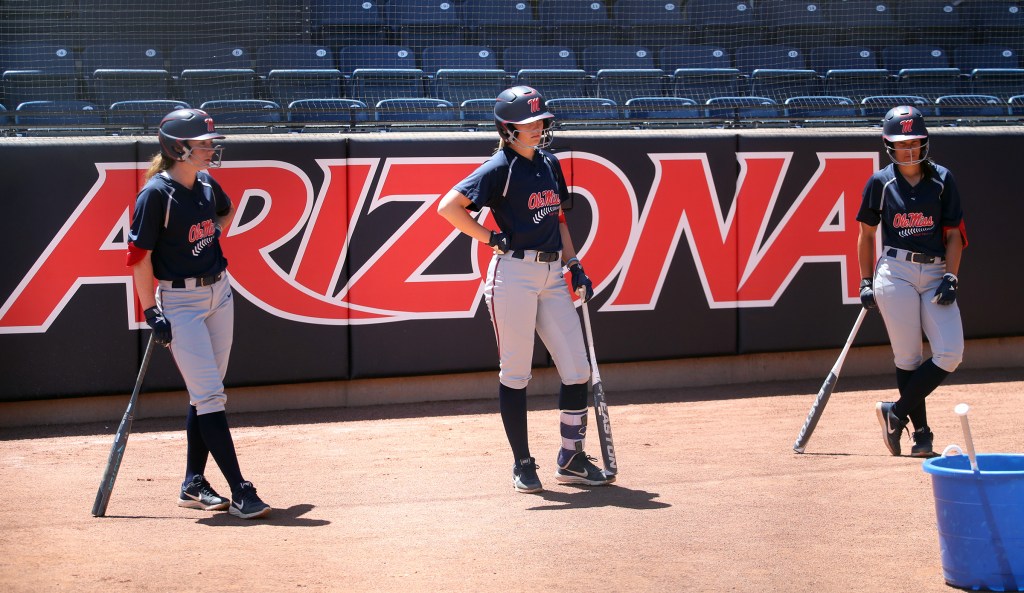 The Ole Miss softball team is walking on hallowed ground this weekend in Tucson, Arizona. Playing in just their second Super Regional ever, the Rebels will need to go through the eight-time national champion Arizona Wildcats for a chance at their first ever trip to the Women’s College World Series.

Despite playing in their sixth super regional in a row, it’s an Arizona (45-12) team that hasn’t actually been to the Women’s College World Series themselves since 2010. Very much like Ole Miss (41-18), it’s a Wildcat team built around two very good arms with a leadoff batter hitting .432. Very much unlike Ole Miss, the lineup contains a ton of pop.

Ole Miss likes to play small ball. The goal is to get girls on base, then steal, dink and dunk to put pressure of the opposing teams. Arizona just tries to hit home runs. Abby Latham leads the Rebels in long balls with ten. The regular Arizona starting nine has four girls with more home runs than that, including two with 28 and 21 home runs.

The good strategic news for Ole Miss is that their best pitcher, Molly Jacobsen (14-7, 1.92 ERA), has given up just seven home runs all season. Brittany Finney (18-9, 2.67 ERA), the key cog to the Rebel one-two pitching punch who had a fantastic Oxford Regional, has given up just 12 all year.

Undoubtedly, part of the reason for the Wildcat power numbers simply come from conditions. Tucson sits at 2,389-feet above sea level. Combining elevation with the dry Arizona air and balls simply fly out of that ballpark. The stylistic difference will be very noticeable early and will likely decide the outcome of the series.

The Super Regional series is set up as a best-of-three series. The winner will advance to the Women’s College World Series next weekend in Oklahoma City. Game one is set for 6 p.m. Central Time, broadcast on ESPNU. Games two and three (if needed) will be played Saturday and Sunday evening at 7 p.m. from Arizona.