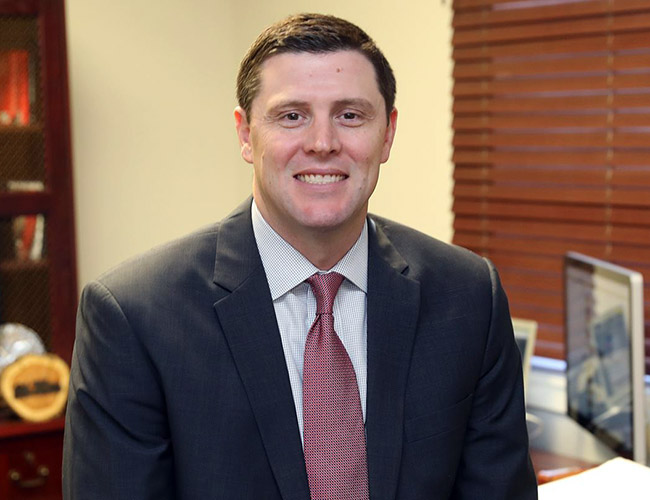 Just a few days following the departure of former Vice Chancellor of Intercollegiate Athletics Ross Bjork to a similar job at Texas A&M, Ole Miss has named Keith Carter to serves as the Interim Athletic Director.

Announced on Monday by Interim Chancellor Larry Sparks, Carter has served as the Deputy Athletics Director for Development and Resource Acquisition since February of 2018. Now he’ll be shepherding the Rebel athletic department until the hiring of a new, full-time A.D.

“Keith Carter is a well-known leader with Ole Miss Athletics. He has succeeded consistently as a Rebel athlete, athletics administrator, broadcaster and fundraiser,” Sparks said in a statement. “His standing with Rebel fans everywhere will serve Ole Miss Athletics and the university well during this interim period.”

Carter was a four-year starter for the Rebel basketball team, being named an All-American following his senior year in 1999. During his time at Ole Miss, the team won two SEC West titles and he was individually named All-SEC on two occasions. Following his time at Ole Miss, Carter would go on to play basketball professionally in Europe for seven years.

Joining the Ole Miss athletic department in 2009, Carter served under Ross Bjork as the Executive Director for the Ole Miss Athletics Foundation since 2012. Since 2012 under Bjork, the University of Mississippi athletics department saw revenue numbers that more than doubled from then to where it is now – from around $57-million to $117-million. With Carter directing the Foundation, donations reached a peak, experiencing their four highest single-year numbers of all-time, including a record number of $45.6-million in 2015-16. In 2016, he was named the Fundraiser of the Year by the National Association of Athletic Development Directors.

“As a student-athlete and administrator, I have experienced tremendous heights at Ole Miss and share a deep passion for this university,” Carter said. “Our athletics department has great momentum, and I want to ensure that our program continues on its upward rise until permanent leadership is in place. With our outstanding coaches and staff and the support of Rebel Nation, Ole Miss is poised for big things, and I look forward to leading that charge during this time of transition.”

With the upper administration staff at the university in a bit of turnover themselves, the school will likely wait until the hiring of a new, full-time chancellor before selecting a new, full-time athletic director. The university is still n the process of putting a search committee together to find that new chancellor. As the interim A.D., Carter will surely get an interview and his chance at the job. But for now, he will usher the athletics department on an interim basis.