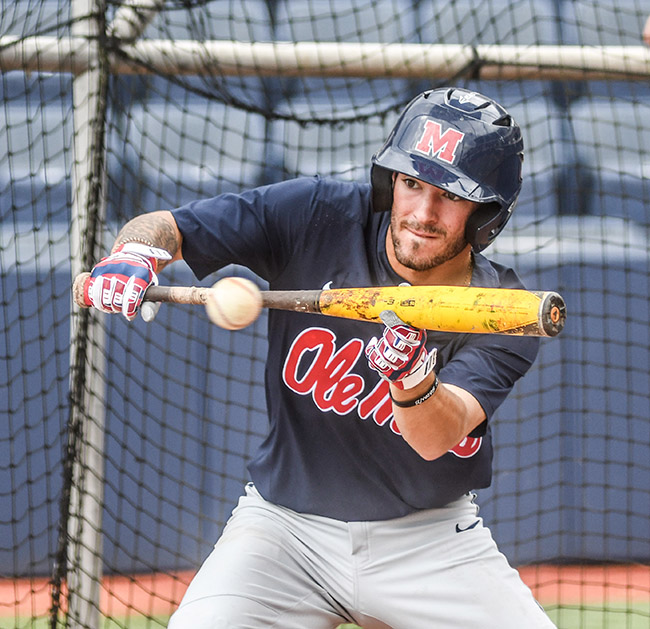 Monday, June 4, 2018 was a tough day in Oxford, Mississippi. The Rebels has just lost back-to-back games to Tennessee Tech, ending their season and the Oxford Regional. Now, the Rebels are set for redemption.

Ole Miss is set to host their ninth regional in program history. It’s a new team, a new year, and a chance for Ole Miss to reach its first Super Regional since 2014.

“I’m sure some of the players in the dugout will use that as motivation, but that doesn’t motivate me. Obviously, that was a tough day for us, that Monday last year,” said head coach Mike Bianco. “But there’s a lot of new guys and this is a new team that’s trying to make their own path. I’m sure there’s some guys in our dugout that’ll use that as motivation and that’s great. If that’ll help them that’s awesome.

Ole Miss will play their first game of the regional Friday night against four-seed Jacksonville State. Two-seed Illinois and three-seed Clemson will get the Regional started earlier on Friday afternoon.

From a health perspective, Tyler Keenan may be back this week after suffering a shoulder injury as he slid into third base Sunday during the SEC Tournament Championship game. Bianco said Keenan’s shoulder is doing better. He’s throwing across the infield and batting practice looked good, yet he’s not completely up to full speed.

The Rebels’ usual Friday starter, Will Ethridge (6-6, 2.94 ERA), will take the mound for Ole Miss on Friday night. Bianco said the Rebels are planning to stick to their normal pitching rotation for the regional, which puts freshman Doug Nikhazy and Gunnar Hoglund throwing Saturday and Sunday, respectively. If needed, Zack Phillips and Houston Roth – both of whom started in Ole Miss wins during the SEC Tournament – are the other starting arms Ole Miss could use.

“This has been the goal. We definitely want to make it to Omaha, and it’s going to start with me (Friday),” Ethridge said. “If I can get a win on the first day of the series, that’ll be good to get us going towards Omaha.”

Illinois does not have the most baseball history in the Oxford Regional, but their recent history is impressive. The Illini have won two Big10 titles since Dan Hartleb took over the program in 2006. They haven’t been to the NCAA Tournament since 2015, however, the 2015 season was one in which Illinois lost only one conference game and won 50. The team hosted, and won, their regional in 2015 before losing to Vanderbilt in the supers. Now, they’re making their return to the NCAA Tournament in Oxford. 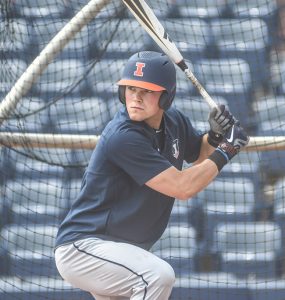 Mike Massey takes batting practice as Illinois prepares for the NCAA Oxford Regional at Oxford-University Stadium in Oxford, Miss. on Thursday, May 30, 2019. Also in the regional are Mississippi, Clemson, and Jacksonville State. (Bruce Newman, Oxford Eagle via AP)

Despite their early exit in the conference tournament, the Illini finished the season ranked No. 28 in RPI, the highest ranking of Big10 teams. It’s a young team that regularly starts four freshman position players from a recruiting class that was ranked No. 22 in the country by D1Baseball.

Friday against Clemson, the Illini will start junior Ty Weber (4-2, 2.97 ERA), setting them up to throw Andy Fisher (7-1, 2.57 ERA) in a potential meeting with Ole Miss on Saturday, should the Rebels advance. Offensively, senior Zac Taylor is a really unique weapon for Illinois. Despite missing 14 games this year from injury, Taylor led the Big10 in steals (20) and hit a team-high 10 home runs while batting .331.

If the Illini are going to make it out of the Oxford Regional, they’ll likely need to do it on the backs of their bullpen. The Illinois bullpen allows a .194 batting average against this season, led by closer Garrett Acton. Acton leads the nation in saves this year with 19, breaking both the Illinois and Big10 single-season record in the process.

The 2019 NCAA Tournament is a bit of a different feel for the Tigers. The last three seasons, Clemson their program would host a regional during the NCAA Tournament selection process. This year the Tigers enter the tournament as a three seed.

Clemson has beaten some really good teams. They have three wins over RPI No. 9 Louisville and finished 15-15 in ACC play. They’ve played multiple close games with 16 of their 24 losses coming from extra innings or by two or less runs. The Tigers have lost eight, one-run games.

Offensively, the team hits the long-ball in a relatively balanced fashion. The Tigers are 11th in the nation with 79 home runs – two individuals have hit 15 a piece. However, Tiger sophomore Sam Hall just had one of the best seasons of small ball for the Tigers this century. Hall stole 30 bases in 35 attempts this year, the most by any Clemson player since 1994.

Clemson will start junior Jacob Hennessy (4-1, 3.72 ERA) Friday against Illinois. Like the Illini, the pitching matchup sets them up to throw Mat Clark (9-2, 2.84 ERA) in a potential meeting with Ole Miss on Saturday, should the Rebels advance. In Clark’s most recent outing, he held a no-hitter into the eighth inning against Louisville in the ACC Tournament.

For a four-seed on an automatic qualifying bid, Jacksonville State has played in their share of big games this season. When they arrive in Oxford, the Gamecocks will have already played six games this season against SEC opponents, and they’ve won twice. The team beat Auburn 11-6 in early April before taking Georgia to extra innings on May 8, winning 9-8 in 11 innings.

“They’ve played some big schools, so I don’t think the environment will be intimidating to them,” said Ole Miss head coach Mike Bianco. “If you got to pick them, it’s not the four seed you wanted to pick.”

On the mound, the team boasts the Ohio Valley Conference pitcher of the year, Garret Farmer. Farmer will start against the Rebels Friday night. Albeit playing much of his year against inferior competition, Farmer’s numbers are impressive. He led the OVC in innings (100.2) and ERA (2.24) and finished third in strikeouts (104). The junior has made it at least six innings in his last 11 starts dating back to March 15.

Despite the Ole Miss offense showing promise at times this year, it hasn’t always raked against lesser quality teams. The Rebels need a strong offensive performance on Friday night against an arm of Farmer’s quality.