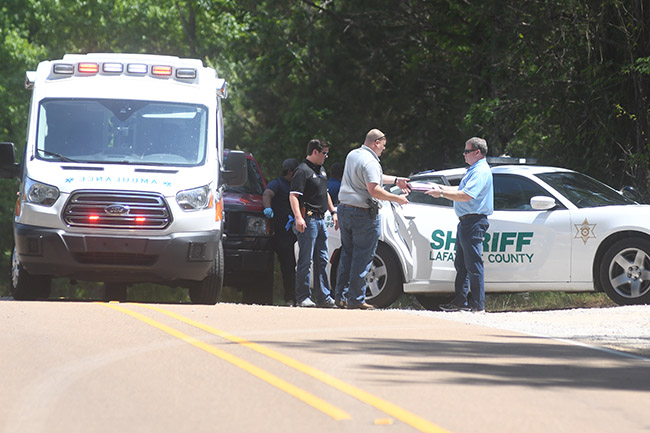 The Lafayette County Sheriff's Department responds to a scene on County Road 371 near Oxford, Miss. on Friday, May 31, 2019. (Bruce Newman, Oxford Eagle via AP)

A woman is dead and a 76-year-old man is in custody following a domestic disturbance that turned deadly.

Deputies were dispatched to 433 County Road 371 in Lafayette County for a report of a domestic disturbance and gun shots fired at a home in the county around 1:30 p.m. on Friday and found a woman had been shot to death. The victim’s name is not being released at this time by the Lafayette County Sheriff’s Department.

Sheriff’s Major Alan Wilburn says investigators arrested Jimmy Hester, a 76-year-old white male, at the scene. He was transported to the Lafayette County Detention Center and faces a charge of murder and is scheduled for a court appearance Monday.