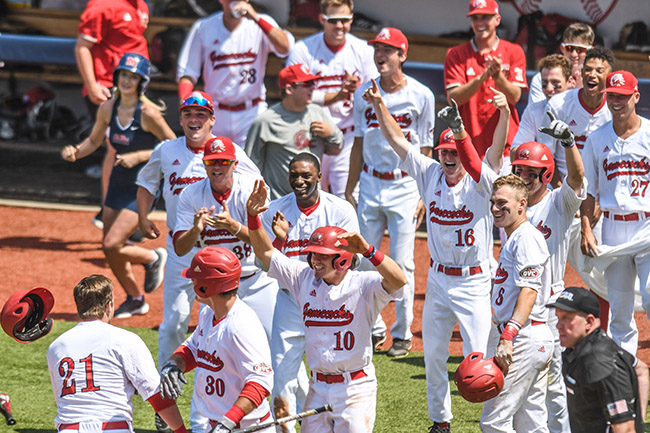 The four seed in the Oxford Regional lives to play another day and made history in the process. Jacksonville State came from behind twice to defeat Illinois 7-5 in an elimination game on Saturday.

The win is the first NCAA Tournament victory in program history for the Gamecocks. Illinois’ season comes to a close at 36-21. Jacksonville State will play the loser between Ole Miss and Clemson in another elimination game at 2 p.m. on Sunday.

Both teams were facing elimination after dropping their first games of the regional on Friday. Illinois fell to Clemson in the regional opener and Jacksonville State (38-22) lost to No. 12 National Seed Ole Miss.

After falling behind 4-0 in the sixth inning, the Gamecocks outscored Illinois 7-1 in the final three innings. The rally began in the bottom of the seventh inning when Jacksonville State’s Nic Gaddis and Alex Strachan each hit two-run home runs to tie the game at 4-all.

Illinois answered the following inning with a solo home run by first baseman Kellen Sarver to retake a 5-4 lead. The see-saw scoring continued in the bottom of the eighth inning when Andrew Naishmith hit a 2-RBI double then scored from second base off an Illinois throwing error.

The Fighting Illini threatened had a player reach second base in the top of the ninth but was unable to score.

Freshman Isaiah Magwood got the start for Jacksonville State. After giving up two runs in the second inning, Tarver stayed in the game and put up three straight scoreless innings. Tarver worked 5 and 2/3 innings, giving up three runs and striking out four batters. Corley Woods, Jackson Tavel and Christian Edwards worked the final 3 and 1/3 innings of relief. Edwards picked up his seventh win of the season.

Rebels power past Jacksonville State to start their Oxford…