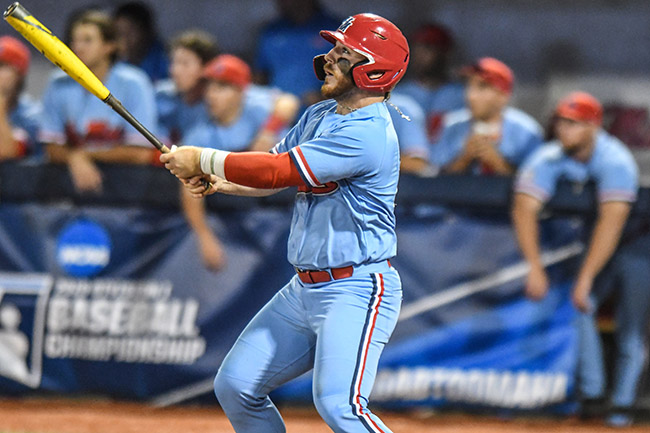 Two more Rebels and one more former Oxford Charger were selected in the fifth round of the 2019 MLB Draft on Tuesday afternoon.

For Dillard, the Oxford High School product has been a contributor at Ole Miss from the start. Dillard started 45 games for the Rebels as a freshman. As a sophomore he lead the team with 13 home runs. Now a junior, Dillard hit .312 and led the team with a .451 on-base percentage.

A 230-pound kid, his ability to mix the speed and on-base numbers to be a leadoff hitter while still hitting for power is impressive. Dillard is also incredibly versatile, having played both left field and catcher for Ole Miss this season. According to the MLB Draft Tracker, he was drafted as a catcher.

For Ethridge, the junior from Georgia is completing his first, full season in the starting role. Now Ole Miss’ Friday night ace, Ethridge was used primarily out of the bullpen his first two years on campus. Ethridge went just 7-6 in his junior season starting, but posted an impressive 2.91 ERA. All year, throughout changes in the rotation, Ethridge was the stabilizing force among Rebel pitchers.

Dillard and Ethridge now become the second and third Ole Miss player to be drafted in the 2019 draft, as fellow junior Grae Kessinger went Monday night in the second round. Dillard is now the second Oxford Charger taken in the first five rounds.

(Update 3:09 p.m.): Ole Miss junior catcher Cooper Johnson has been drafted. Johnson was taken in the sixth round (172 overall) by the Detroit Tigers.

Oxford’s Grae Kessinger selected in second round of MLB…