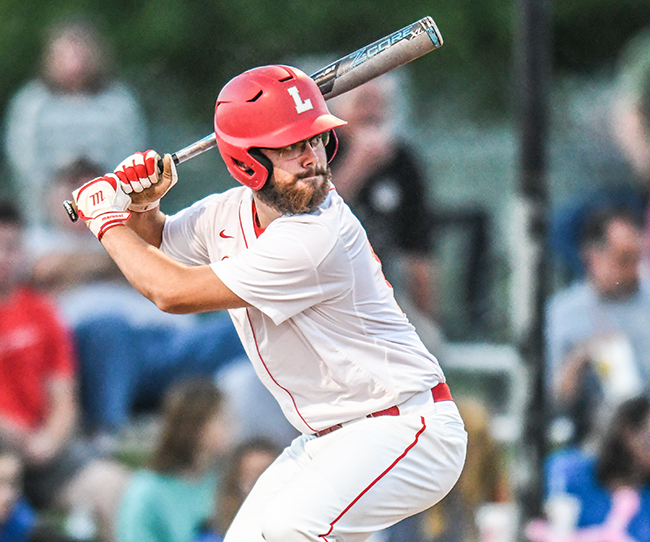 Lafayette High's Zach Meagrow bats against Saltillo in Game 3 of the MHSAA Class 5A playoffs at W.V. Brewer Field in Oxford, Miss. on Tuesday, May 14, 2019. Lafayette High won 8-1 to advance to the state championship series.(Bruce Newman, Oxford Eagle)

They could nearly taste it.

Standing on the field in Pearl, Mississippi having just lost in the final game of the 2019 5A State Championship, watching West Jones celebrate a title was tough for the Commodores. Their fantastic championship run happened almost so fast that they never got to even sit back and enjoy the ‘we’re going to state moment,’ and now they were watching their opponents celebrate the win.

For the Lafayette baseball team, that moment shouldn’t be one of disdain or disappointment. From where they were the year before, having not even made the playoffs in the first year under new head coach John Walker, the 2019 season and state championship run is an overarching, unquestioned triumph.

If there was ever a team-building or culture-building process for the Commodores. Their North Half title and trip to Pearl sped things up drastically.

“A culture is an ever-growing thing and at some level it’s an ever-changing thing, especially at a high-school level,” Walker said. “Obviously the more you play and the more success you have, younger people in the program see that. And they want that success – to me that’s how culture is built.”

Really, the run started all the way in the summer of 2018. A lot of the Lafayette upper classmen were upset with how the prior season had ended. Instead of pouting or quitting on the new coaching staff, they just completely bought in.

The first step of the buying-in process was in the weight room. And it’s the same challenge Walker has given his team going into this summer.

“If I had to pin our turnaround to one single thing was how hard they worked in the weight room. It was fun to see them getting stronger and you could see it translating to the field,” Walker said. “The bigger, the faster, the stronger you are, the larger your margin for error.”

The early results in 2019 weren’t exactly there either. The team started the year fine, middling, average. Walker pinpointed a loss to Grenada on the road to start division play as the real turning point. The team followed the game up by demolishing their next two division opponents both in run-rule shortened games.

It was that confidence that fueled the later playoff run.

Everything seemed to happen so fast towards the end of the year, that soaking in the moment of actually going to states never really happened for the Commodores. Defeat in the title aside, the weather-altered schedule never allowed Lafayette time to really celebrate winning the North-half. The team was playing Saltillo late Tuesday night, then going immediately to Pearl the next morning to play a Wednesday afternoon game to start the state championship.

The taste of defeat from that state championship in Pearl may stick with some of the graduating seniors for some time. But for the players coming back, you have to think it can only motivate them more.

“You hope they look back and say ‘wow that was a really cool deal,’” Walker said. “And for the younger guys you hope they’re thinking about getting back and finishing it. Because I think next year we have a team with a good core that can get us back there.”

How Ole Miss could handle alcohol sale at sporting…