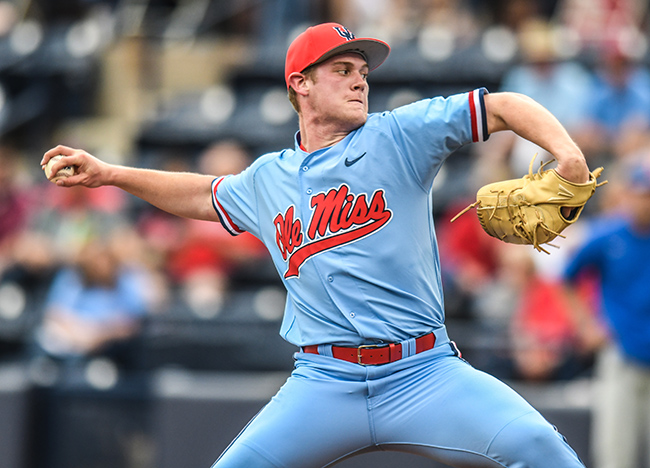 Four additional Ole Miss Rebels, including another former Oxford Charger, were drafted Wednesday in the final day of the MLB Draft.

Parker Caracci, Cole Zabowski, Zack Phillips and Houston Roth were all drafted between rounds 21 and 29.

The Toronto Blue Jays took Parker Caracci in the 21st round. The Detroit Tigers selected Cole Zabowski in the 22nd round. The Kansas City Royals picked up Zack Phillips in the 27th round and the Baltimore Orioles took Houston Roth in the 29th round.

Unlike picks in the first two days (10 rounds) of the draft, selections on day three come without a guaranteed or slotted signing bonus.

With the 29th round selection, Houston Roth becomes the third former Oxford Charger drafted in the 2019 MLB Draft.

Another interesting wrinkle on day three – The Arizona Diamondbacks selected Jerrion Ealy in the 31st round. Ealy already informed schools he would attend Ole Miss and did not wish to be drafted. Regardless, the Diamondbacks decided to take a risk on the former top-20 prospect.

With that, the MLB Draft for 2019 has come to a conclusion. Eight Ole Miss Rebels, including three former Oxford Chargers in Grae Kessinger, Thomas Dillard and Houston Roth, were selected.