Avent Acres gets Board approval for nomination 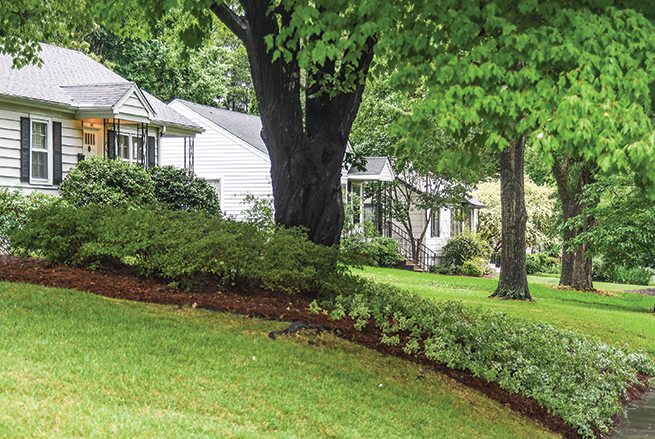 On Tuesday the Oxford Board of Aldermen approved nominating Avent Acres, in Oxford, Miss. on Thursday, June 6, 2019, as a National Historic District. (Bruce Newman, Oxford Eagle via AP)

In a unanimous vote, the Oxford Board of Aldermen approved the nomination for Avent Acres to try and earn status as a national historic district.

The neighborhood began the process of being considered for placement in the National Register of Historic Places last year when a survey was conducted. The survey revealed the historical significance of Avent Acres comes from more its place in American history than the design of the original houses still standing today. The purpose of the homes was to house World War II soldiers returning home once the war ended.

“It really is an honor to be a nationally registered district,” Kate Kenwright told the Board. “It is a really good way to document the neighborhood as it is now. It’s a very unique neighborhood, and we’d be the first in the state to have a neighborhood of this type on the register.”

Kenwright is a historic preservationist with the City of Oxford’s planning department and has overseen the process.

Two public meetings were held throughout the process, with the most recent taking place last month at the Oxford Conference Center, to help educate and inform residents of the Avent Acres neighborhood.

With the Board’s approval, the next step is to have the nomination considered by the Mississippi National Register of Historic Places Review Board at their meeting on July 18 in Jackson. If the review board decides to make the recommendation, the neighborhood could become a National Historic District by the fall.