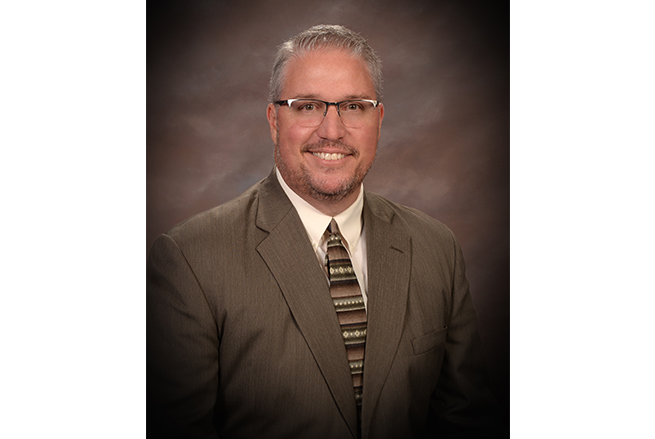 Earlier this month, the Oxford University School announced Chris Kidd as their new headmaster, replacing Kim Chrestman as he retires.

Kidd recently retired from the public-school system after 25 years, but three days into retiremed life received the offer to work at OUS. He, along with his wife Kim and son Brock, moved to Oxford after Kidd retired from Hatley High School.

The announcement of a new headmaster comes after OUS announced their joining of the New Learning Resources School District out of Jackson earlier this year. The partnership will begin with the 2019-20 school year.

“I was looking for something. I knew even retiring after 25 years I still had to work and this opportunity came along,” Kidd said. “With the change and having the New Learning Resources coming on board, I think it’s just going to have the opportunity to put some stability here, and I think it’s going to be nothing but growth.”

Kidd graduated from Freed-Hardeman University in 1994 with a B.S. in Education and received his Master of Education (M.Ed.) in Educational Leadership from The University of Mississippi in 2010. During his 25 years in public schools, Kidd served as a teacher, coach and an elementary principal.

Being previously familiar with the NLRSD, Kidd knows the positives the new partnership will bring to OUS as the school is averaging nearly 100 students per year and is expected to have to accommodate for growth in the coming years.

“It has to be (a new era),” Kidd said. “The teaching and learning is going to continue, and we’re going to be able to offer some other services that has not traditionally (been offered at OUS). We want to continue the rich tradition here, but we want to be open to change. I think it’s going to be really good here.”

The school recently gained approval from the city’s planning commission for the construction of a new activity center behind the campus’ main building. Construction should begin sometime this year.

Annie Lee Burt honored by Board of Aldermen for…