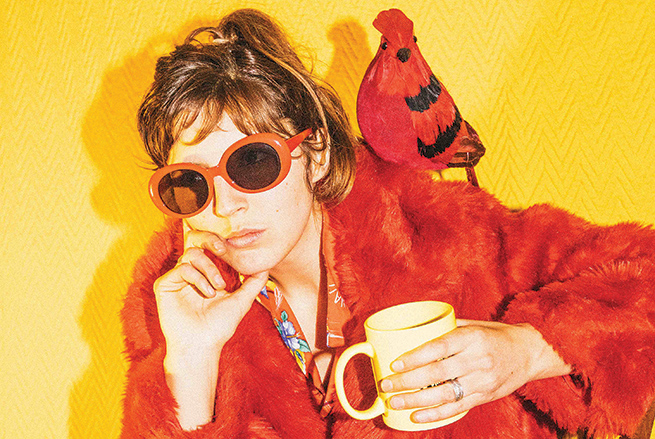 Caroline Rose will bring her eclectic style of songwriting and musical styles to Oxford.

The songwriter and producer will take the stage at Proud Larry’s on Wednesday during her current tour in support of her new album ‘Loner.’

The second album by Rose covers topics ranging from an obsession with money, an unfaithful lover, a friend’s accidental pregnancy, misogyny, loneliness and death. Characterized as ‘darkly comedic,’ the album features new instruments and equipment and consists of two years of exploration. The finished product a record of serious songs mixed with angsty pop.

In 2012, Rose, along with producer Jer Coons, launched a Kickstarter to fund the production that became her first album ‘America Religious.’ Two years later, Rose released her first nationally distributed album ‘I Will Not Be Afraid.’ After spending time in the folk and country-inspired genres, the Long Island, New York native changed over to the indie pop and rock scene for ‘Loner.’

Rose performed most of the instruments during the recording of ‘Loner’ but has a full band with her on tour. After her show tonight in Oxford, Rose will play the Bonnaroo festival in Manchester, Tennessee on Thursday before taking some time off. Another leg of Rose’s North American tour will begin in earnest on July 19 in Portsmouth, New Hampshire after a show in Brooklyn, New York on June 29.

The Nashville band Sunseeker will serve as the opening act for Rose beginning at 9 p.m. Doors open at 8 p.m. Tickets are $10 and can be purchased online or at the door.