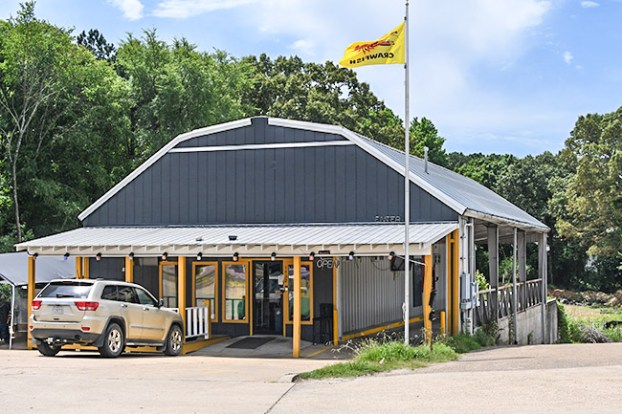 An Oxford restaurant is under fire after an employee wrote an incendiary remark on a customer’s receipt. The customer received her order from Who Dat’s Drive-Thru, located on Jackson Avenue West, and discovered a comment describing her and her car written at the top of the receipt.

The customer, who identified herself as Lex Washington, wrote about the incident in a Facebook post on Monday night. A picture of the receipt, dated June 7, showed the description ‘Black bitches in silver car’ written at the top. Washington claimed in her post that she was not going to say anything and ‘give them the opportunity to do the right’ thing. According to Washington, no one had reached out as of Monday night.

Washington stated she asked that the employee, who she called ‘Jimmy’, be fired for his comments and asked Who-Dat to update her. She texted someone at the restaurant to see if they had come to a decision, but had not received a response as of 9:29 p.m. on Monday.

“I have been racially ridiculed and demeaned as a African American Female,” Washington’s post read. “I seek justice for this hate crime and I will no longer remain silent. I’ve lived in Oxford for 5 years and I’m still having to deal with this type of ignorance.”

In an edit to her post, Washington stated she was not hostile or rude to any of the Who-Dat employees prior to getting the receipt. She said she ordered her food and pulled around and checked the receipt. Washington said the receipt was ‘meant for the cook to see and not me.’

Around 10:30 p.m. on Monday, Who-Dat owner Wylie Coleman wrote a post on the restaurant’s Facebook page claiming the employee was terminated.

“A Who-Dat’s Drive-Thru employee was terminated immediately from their position upon recognition of a foul identifier used in a transaction ticket on June 7th, 2019,” the post read. “As of Monday, June 10, 2019 they are banned from the property in accordance to our new by-laws.”

The post was taken down sometime Tuesday but replaced with another post by Coleman. The second post stated restaurant management and Washington sat down and talked Tuesday morning for around 90 minutes. Coleman wrote they talked about a ‘broad range of issues & goals.’

“This is no description or no joke, this is a vivid insult describing oppression which stabs four-five immediate generations.” Coleman’s post read.

Coleman went on to end his post by saying he will not condone that behavior anywhere.

During their meeting on June 4, the Oxford Board of Aldermen approved a request to allow one of Mississippi’s U.S.... read more