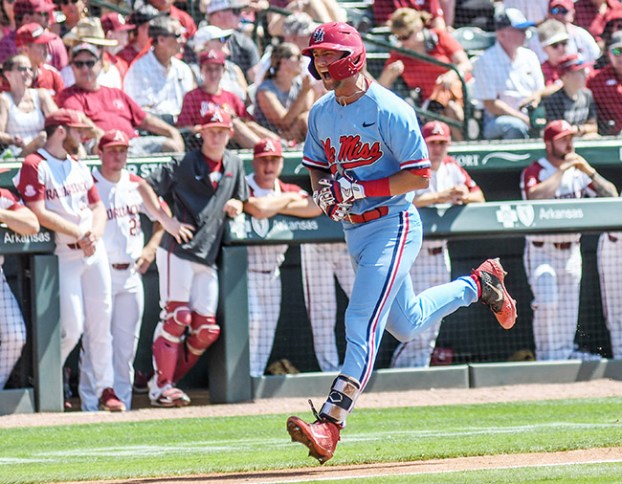 Oxford’s own Grae Kessinger is officially a Houston Astro.

The Astros used their second-round pick in the 2019 MLB Draft on the Ole Miss product. The slot value of that pick registered at $953,000. The Astros pulled out the stops for Kessinger last week, introducing him to fans at Minute Maid Park in Houston with a custom jersey and a formal press conference. Kessinger officially signed for a $750,000 bonus.

“It’s what you dream about. It’s been an exciting last few days and to finally be here and get all the paperwork done, to finally be an Astro is awesome,” Kessinger said to reporters in Houston. “But I need to just keep getting better in all areas. I’ve heard nothing but good things about the player development with the Astros. I’m excited to get after it every day; I think getting to play every will be huge for me. The journey is going to be fun.”

The shortstop leaves Ole Miss after three years following an incredibly decorated junior season in Oxford. Kessinger ranked second in the Southeastern Conference this season with a .405 batting average and a .475 on-base percentage, on top of being one of the most advanced defensive players in the nation.

He’ll finish his Ole Miss career with 189 hits, making him the most consistent player on a 2019 team that swept the Oxford Regional and came up just one game short of a trip to Omaha.

“I cannot put to words what this University means to me. I grew up dreaming about being a Rebel, and the past three years I have been blessed to live out that dream,” Kessinger said in a Twitter post, posing with a picture of him in his Astros uniform overlooking Minute Maid Park. “This has been my home and will forever be my home. I’m excited for the next step in my life and for what the future has to hold. But Ole Miss, thank you, and as always, Hotty Toddy.”

The Astros signing may have been the big Grae Kessinger news of the weekend, but he also keeps raking in college baseball honors. Just one week after winning the 2019 Brooks Wallace Award, Kessinger was named a First Team All-American by the College Baseball foundation on Monday. He’s now been named a first team All-American by two different outlets. But now, he’s a Houston Astro.

Kessinger will start his pro-ball career with the Tri-City ValleyCats, the Astros short-season affiliate in upstate New York. He flew out to the team the day after being introduced in Houston.

Seven-on-seven football – it’s not “Friday Night Lights,” but it has become an integral part of every high school’s offseason... read more