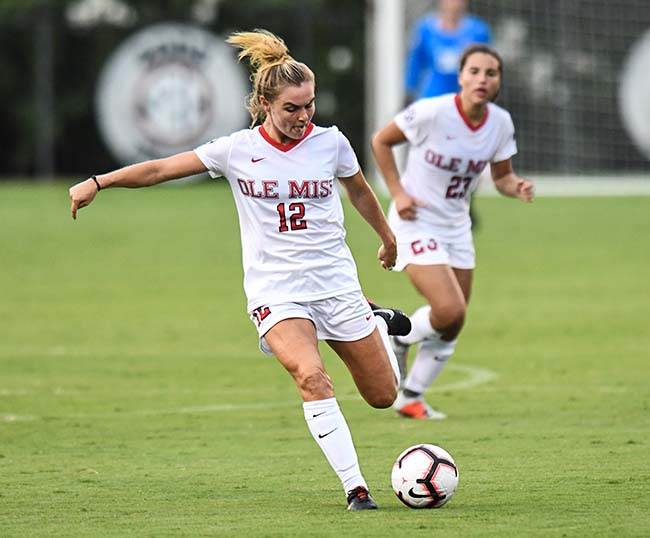 The 2018 Ole Miss soccer campaign capped one of the most successful runs in program history, making the NCAA Tournament for the third time in four years.

On Monday, the Rebel soccer team released their full schedule for the 2019 season.

The Rebels went 6-3-1 in conference play last year, tying with Texas A&M and Arkansas atop the SEC West standings. The road to the west in 2019 will be a little harder than a year ago, as they travel to Arkansas on Oct. 3 and later travel to Texas A&M to close their regular season on Oct. 31. Their rivalry tilt with Mississippi State will also have to be played on the road.

When the season gets under way in August, the team will look quite different than the one just one year ago that advanced to the second round of the NCAA Tournament. Graduating this past year was CeCe Kizer, the Ole Miss all-time leader in both goals and points.

Despite the loss of Kizer’s offense, the 2018 team was relatively young. Head Coach Matt Mott’s Rebels will return four of their top-five players in minutes played from 2018. They’ll also be adding a bit of young blood from right down the road.

Oxford High School’s own Morgan O’Connor graduated a year early to get her Ole Miss soccer career underway. The 2019 Gatorade High School Player of the Year in Mississippi, O’Connor will be a freshman on the 2019 Rebel team.