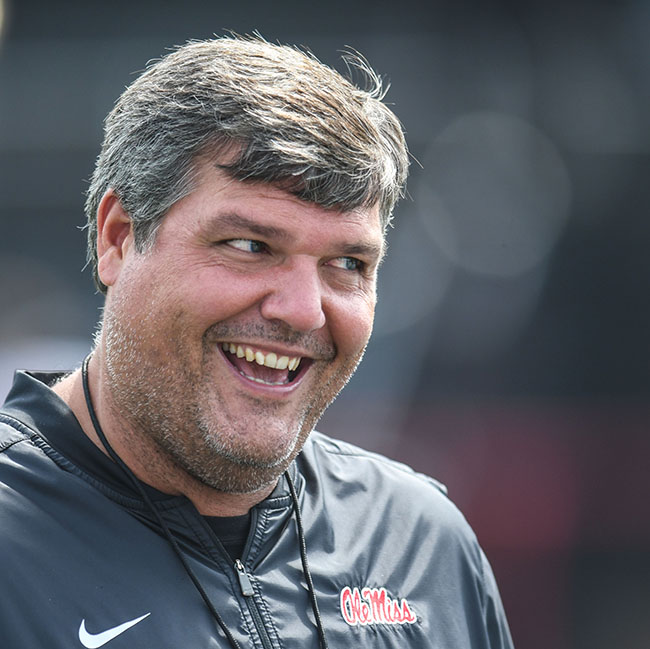 Matt Luke and Company just made their biggest offseason move to date, when Ole Miss landed a commitment on Tuesday from safety Eric Reed Jr.

Reed, a four-star safety by the 24/7 composites, is the No. 7 overall player from the state of Louisiana in the class of 2020.

“First off, I would like to thank God for blessing me with the talent to be able to play this game. I’d like to thank my parents, coaches and friends for being with me every step of the way throughout my recruitment,” Reed stated on Twitter. “I’d like to thank all the coaches from other schools that gave me an opportunity to play for their school. But I can only pick one, and I’m excited to say that I am 100 percent committed to the University of Mississippi! Hotty Toddy.”

The Reed announcement is relatively monumental for the summer of Ole Miss recruiting. He joins Horn Lake’s Josaih Hayes as the only two four-star commitments for the class of 2020, but Reed’s name is just the latest in a string of June wins. The Rebels have now landed 11 commitments this month for the class of 2020, but it’s Reed’s hometown that may spark the most interest.

Ole Miss went in and nabbed Eric Reed Jr. right out of LSU, Texas and Texas A&M country. Shreveport, La. is over three hours from Baton Rouge, but there’s a little bit of lineage to the three schools listed above – not so much for Ole Miss.

Calvary Baptist Academy, Reed’s high school, is the same high school former LSU corner and current Cleveland Brown Greedy Williams attended. LSU has had a little bit of history in putting out defensive backs as well. Including Williams, the Tigers have 15 defensive backs currently in the NFL. Many of them were high draft picks and household names – Jamal Adams and Patrick Peterson, to name a couple.

With the lineage and LSU’s history of developing defensive backs, it would have seemed like the obvious prediction for Reed would be to go to Baton Rouge. That’s why this commitment is so big for Matt Luke on the recruiting trail.

After landing the No. 32 ranked recruiting class in 2018 and the No. 22 class in 2019, things are looking up for Ole Miss in the 2020 class. It’s still a long way until the first signing period in December, but Ole Miss currently ranks as the No. 16 class in the nation, according to 24/7 Sports.

At some point, off-field recruiting success needs to parlay itself into on-field success, but right now the Rebels are winning quite a bit on the recruiting front.