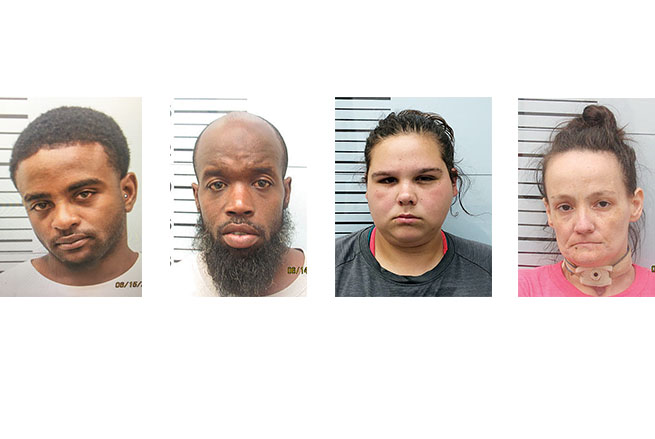 The Oxford Police Department made two separate arrests last week for Driving Under the Influence, which also involved speeding and a driver asleep at the wheel.

On June 13, an officer with the OPD received a 911 call of a man passed out behind the wheel of a vehicle. Upon arriving to the vehicle’s location, officers discovered Leonard Campbell, 34 of Oxford, passed out with open containers inside the vehicle. A DUI investigation began and the officer learned Campbell had at least three prior DUI convictions. He was arrested and transported to the Lafayette County Detention Center where he was booked for DUI 4th, possession of drug paraphernalia and open containers. A Justice Court Judge gave him a bond of $15,000.

On June 15, an OPD officer noticed a vehicle in front of him on Highway 7 was speeding. By the time the officer caught up to the vehicle, it was going over 100 miles per hour. Once the vehicle was pulled over on University Avenue, the officer learned the driver, DeMarkous Dennis, 26 of Abbeville, was under the influence. A DUI investigation began and the officer also learned Dennis had two prior DUI convictions. Dennis was arrested and transported to the Lafayette County Detention Center where he was booked for DUI 3rd, speeding (100 in a 55), driving with a suspended license and no insurance. A Justice Court Judge gave him a bond of $10,000.

Investigators with OPD took a report from a local bank about someone cashing forged checks on someone else’s account on May 15. The investigators learned the suspect in question was Ashley Neal (21 of Etta) and a warrant was issued for her arrest. Neal was arrested on June 14 on the uttering forgery warrant and transported to the Lafayette County Detention Center where a Justice Court Judge gave her a $2,000 bond.

On April 13, OPD officers took a report that Stacy Raymond, 34 of Lambert, Miss., passed a fake check to be cashed at a local business in the amount of $2,450. A warrant was issued for false pretense and Raymond was subsequently arrested on June 12 by the Batesville Police Department. She was transported back to the Lafayette County Detention Center and was given a bond of $2,500 by a Justice Court Judge.