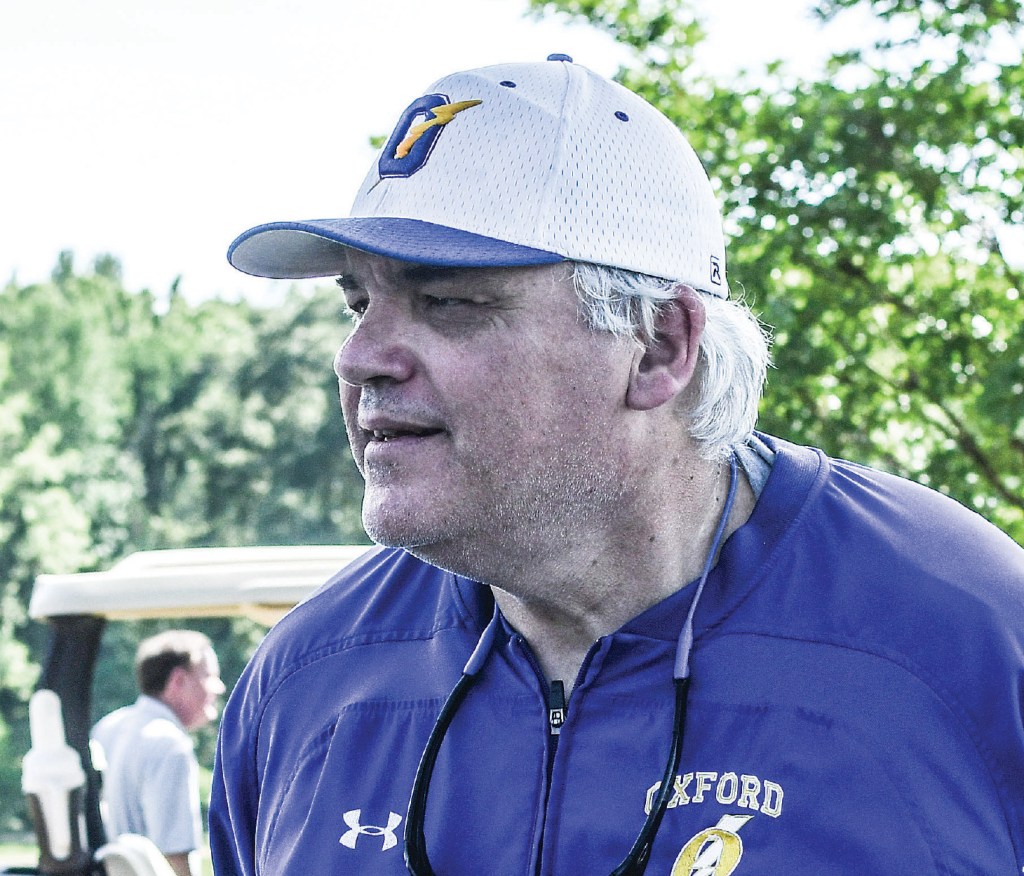 Oxford High golf coach Steve Herring, at the MHSAA Class 6A State Tournament in Oxford, Miss. on Tuesday, May 7, 2019, has been named the 2019 Mississippi Association of Coaches' Coach of the Year. (Bruce Newman, Oxford Eagle via AP)

Last season wasn’t the best finish Oxford golf has ever had, but the Mississippi Association of Coaches is awarding Oxford golf coach Steve Herring for his consistent achievement in high school golf.

Herring will be presented with the 2019 MAC Golf Coach of the Year award this weekend at a banquet in Jackson. It’s Herring’s second time being recognized – he also won the award in 2014.

“It’s a humbling honor to have that happen. But that doesn’t happen without great players,” Herring said. “It’s rewarding that someone is noticing the program, but if it wasn’t for the kids we wouldn’t be here.”

The Oxford boys finished third in the 2019 6A State Tournament, a year after winning the tournament in their first year as a 6A school.

Herring admitted he was a little surprised to win the award, especially when looking at the other candidates. Tupelo won the 6A title this year in a year that their head coach, Sherry Rial, is retiring. Still, it’s hard to not see what Herring has done the past four years. The Chargers won the State tournament in three straight years, over two different classifications, from 2016 to 2018.

“This time was a little bit surprising. There were some other great programs and good coaches that could have won. But this isn’t something that we go into the season trying to win. This is just kind of gravy for us,” Herring said. “At that 6A level, it’s really tough. The competition at that level is really good. As long as we stay in that top three, I’m content. We shot our two best scores at states, even if they weren’t good enough to win.”

In the state tournament this year, Oxford started a unique five-man unit consisting of two seniors, a sophomore and two eighth graders. Herring said he’s sure going to miss those seniors, Mark McManus and Frank Yerger. McManus has been paying for the team since he was in eighth grade himself.

But that young team is going to keep Herring young, he said. They can only get better.

“We were young. We had two eighth graders out there in the state tournament. For us to shoot what we shot out there, I’ll take it,” Herring said. “They want to be good. They work out there. I went out to the country club at six Sunday evening and there of those young guys are out here hitting balls at the range. They really work.”

Herring’s second time winning the award individually, he joins a long list of successful Oxford coaches. It’s the 22nd time an Oxford coach has won a MAC Coach of the Year award. He joins Scott Kendricks and Britt Dickens as the only multi-time winners at Oxford.