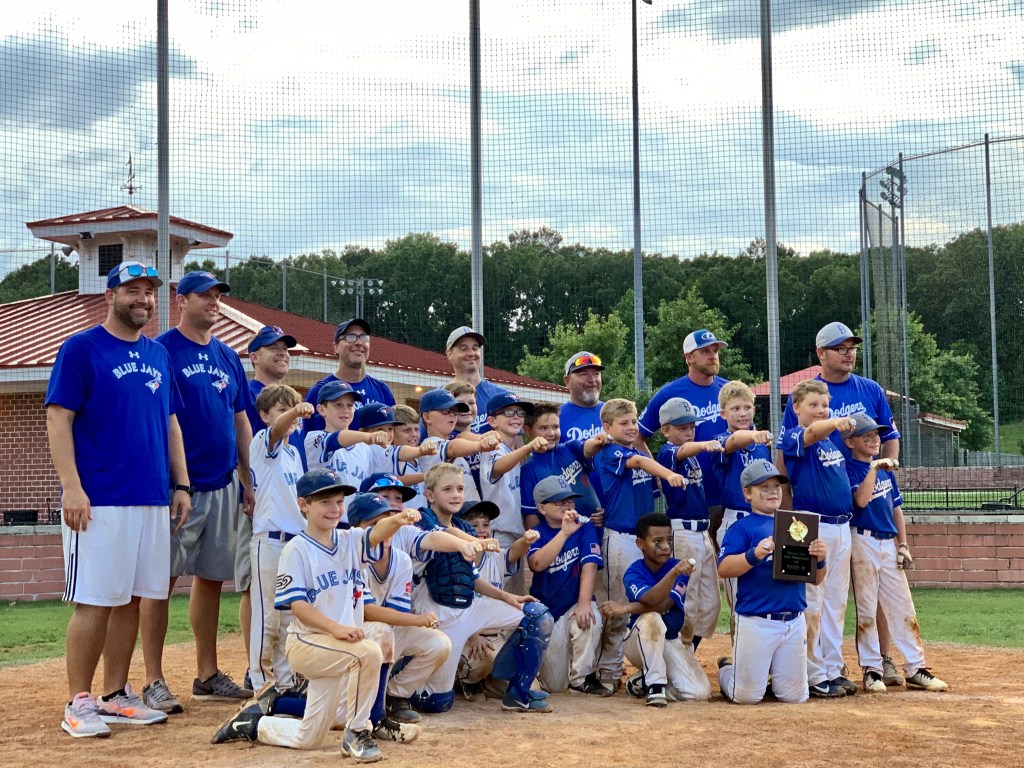 FNC Park hosted the Mississippi USSSA Baseball Championships for 14-under and 9-under divisions this weekend. Over 50 teams, 10 from Oxford themselves competed in five different age and size divisions.

Here’s what all occurred in the five championship games Sunday.

Down 3-1 early, the Yankees Exit Velocity put some pressure on the dominant Tupelo Rangers in the third inning.

Tupelo had ran to the 14-under AAA finals, beating the North Mississippi Grays 17-1 in the semifinals. In the bottom of the third, the Yankees lived up to their name. The team hit two home runs in the inning, putting Tupelo down 4-3.

It didn’t take the Rangers long to get the lead back. 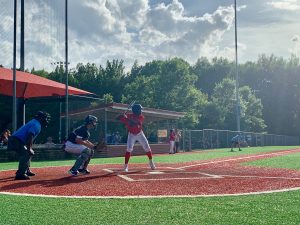 “We’re down 4-3 and we got a single to tie it up. Then Laken Reed, who’s also our starting pitcher, hit that three-run homer to make it 7-4,” said Tupelo coach Tollie White. “This was a short porch out there and that was a strong, class team on the other side.”

The Yankees had a shot in the sixth. With runners at second and third, they brought the tying run to the plate with two outs. Unfortunately for the squad from Olive Branch, they grounded out to second to end the inning.

“These kids battled,” Smith said. “Some of these kids have played together for quite a while. They battled and put up zeros late.”

With the 7-4 win, Tupelo advance to 18-10 this year and win the 14-under AAA Mississippi USSSA Championship .

Rain was coming down hard early and made its mark on the under-14 AA championship.

It didn’t take the Titans long to capitalize. The team from Senatobia went up 9-0 early, hanging on for a 9-5 win over the Oxford Rebels to bring home the AA belt.

Oxford struggled early in the rain. They walked a number of batters early and the Titans took advantage with a handful of doubles of their own. The team never hit the ball out of the park, but they hit a bunch of really hard-hit balls to go up 9-0. Yet Oxford rallied back. 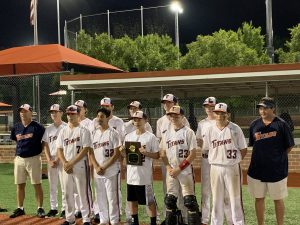 The Rebels made a run in the third inning, scoring five runs before the Titans could even get their second out. Just like that, the score was down to 9-5.

“Yea Oxford came back really well and didn’t give up. They fought,” said Titans coach Sean Moore. “We struggled to throw strikes. They got a leadoff double and a few more hits that let them back in it. They really fought hard to crawl back against us.”

The AA Mississippi State Championship caps a very successful 20-10-2 season for the Titans. On the weekend, the team dropped one game in pool play before putting together four straight wins to seal the championship belt.

“This is just a great group of guys; they’re great kids. All year long, they never quit,” Moore said. “We had our struggles and it wasn’t always easy for us. We bounced back when we dropped some and always fought hard.”

It’s been a long year for the Dinger Nation team out of Nettleton. But it all came together for them Sunday in when it mattered most.

“It was perseverance. It took everything we had,” said coach Dennis Heisel. “These boys showed up and played hard all weekend long.” 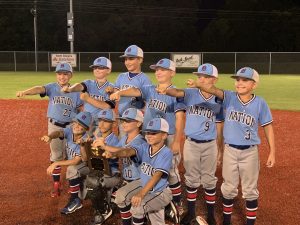 The team played a ton of close games on the weekend. They needed a 6-5 win to get out of the first round, before winning 6-3 in the second round of the bracket. In the championship, they held a 10-6 lead before Yalobusha rallied in the final inning. They were able to hang on for the win.

As a team, Dinger Nation didn’t win a regular season tournament all year. But when it mattered most in the state championship, they came through.

“I’m just proud of these guys. It’s been a long year. We took a lot on the chin all year,” Heisel said. “All through the year it was that perseverance really. Then we win the state championship.”

Every coach wants to play their best ball in the final day of the season. That’s what happened Sunday with the DC Ballers.

The Ballers unit from Southaven beat DiamondJax Red 7-6 in the championship round to win the under-9 AA Mississippi USSSA Championship, the culmination of a 39-13 season.

“We hit some balls really hard into the gaps and the kids ran the bases really well,” said coach Trey Hicks. “We had the best pitching of the season this weekend.”

The team went just 1-1 in pool play, but rallied back in the elimination bracket to reach the championship. In their final two games, the Ballers held opponents to four and six runs – best pitching indeed.

“We struggled Friday and came out of the day with a lower seed in the bracket,” said head coach Johnathon Stone. “We had to fight hard in the last day. We won four games (Sunday).”

It just took one big inning.

The Blue Jays dominated the third inning in route to a 16-7 win over the Brandon Dodgers, taking home the under-9 A Mississippi USSSA Championship.

The team put up double digit runs in the third, stringing together a bunch of two out hits to take control.

On the weekend, the Blue Jays were really impressive. They tied their first game in pool play, before stringing together four wins in a row for the crown.

“It was probably one of the best weekends we had as a team,” Thoms said. “Yesterday we were great and we even put together a few come from bending wins. I’m really proud of the way they played.”