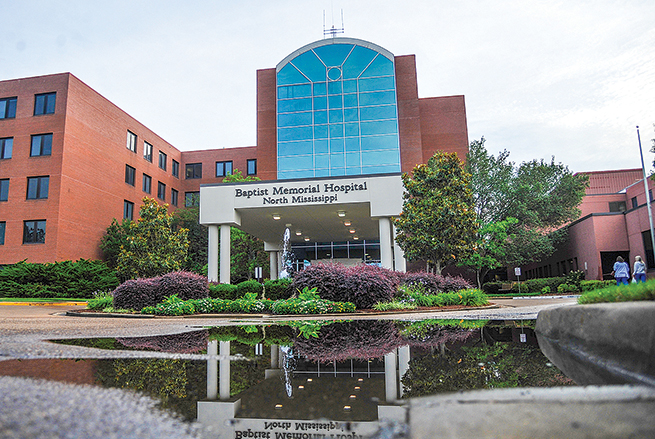 Following the 2012 sale of old Baptist Memorial Hospital-North Mississippi, Lafayette County established a trust fund to help manage the money and how it should be spent each year.

Last year, the county received $600,000 to help with infrastructure repairs, but this year they could have much less than that at their disposal.

During an annual presentation of Lafayette County’s trust fund, supervisors learned that the most the county could use this year totaled $426,000, but funds available to be spent will be closer to $300,000. The county must pay $130,000 in attorney and management fees. Edward Maxwell from Watkins, Ward & Stafford accounting firm told the Board of Supervisors the fund’s value dropped over $1 million from 2018 to 2019.

“You all made the motion this year to approve the reimbursement of the county fees,” Maxwell told the Board. “Our fees, from my understanding, are paid directly by the county general fund and are to be reimbursed by the trust. That money was just never moved from the trust back to the general county fund. So, we made an emphasis last year to make sure we moved all the fees.”

In the $60 million sale of the old Baptist Memorial Hospital-North Mississippi building, both Lafayette County and the City of Oxford received $30 million. The County chose to use $10 million of their share to pay off outstanding debt, leaving them with $20 million to invest and spend how they saw fit. Since 2012, the County has received $2,391,125 and each year the supervisors elected to put that money toward fixing the County’s infrastructure.