NEMCABB Tournament presents the pitfalls and benefits of summer ball 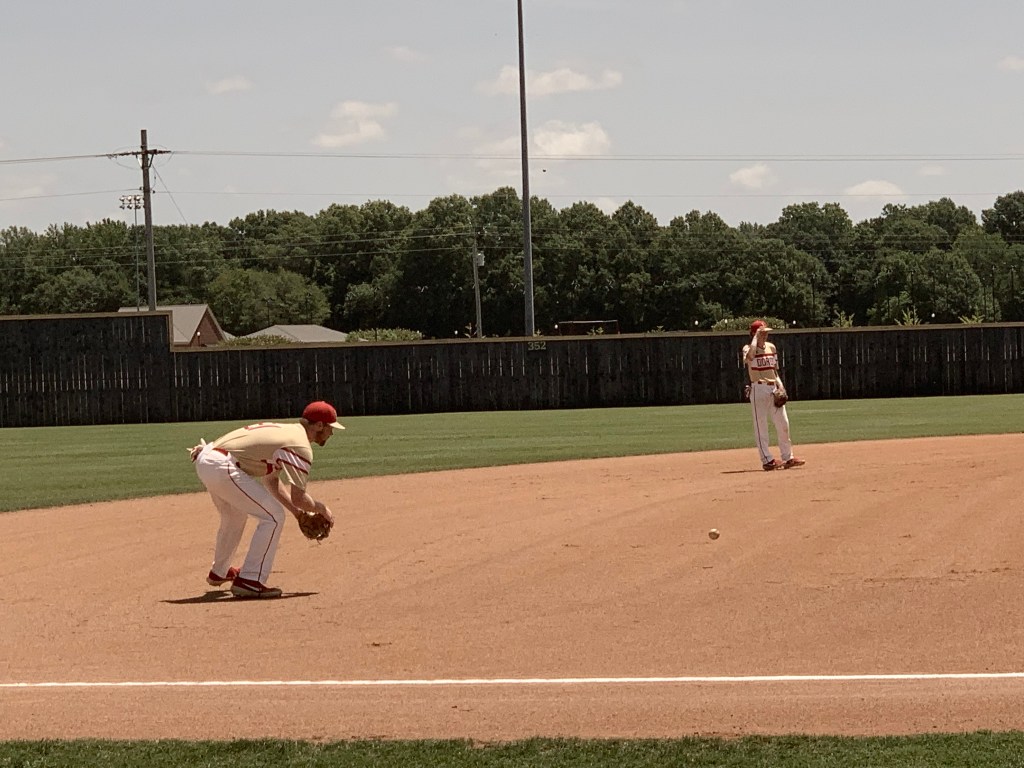 NEW ALBANY – The Lafayette High School baseball team is playing this week in the NEMCABB tournament against 21 other teams from around Northeast Mississippi at BNA Bank Park in New Albany.

It may be a little different than regular season action, but in a lot of ways it’s similar: competing for a trophy at the end of the week.

“They know it’s not the same (as regular season), but I think they’re handling it like we would want. They came here with an attempt to win a ballgame,” head coach John Walker said. “It might be summer ball, but we’re coming to this thing and there’s a trophy on the line. It’s games and we want to win them.”

On Tuesday, LHS dominated to open the tournament, albeit against thinner competition. They played the Starkville junior varsity team, scoring 15 runs to open the week. They’ll play up to two more games Wednesday, with championship rounds Thursday.

But here’s the kicker – they don’t have some of their regular guys. Lafayette was out three kids against Starkville Tuesday, and the reality is, it could be more later on. As players participate in travel baseball or go on vacation, they’re not around.

“We could be down anywhere from three or four but also as many as seven. Today there were three of our usual kids not here,” Walker said. “But it’s just next guy up. Sometimes it’s almost good, just to get some other guys work.”

Giving those “next guys” an opportunity to work is a good thing when it comes to defending the North-half title. The only reason Lafayette and others play in these tournaments is to get better, Walker said. With players not being there for travel ball, it gives other – usually younger – players playing time they wouldn’t regularly get.

“But the reality of it is, these summer games are all about development. The more guys you can put in a position to develop, it’s always good,” Walker said. “Regardless of the situation, we’re coming here and just trying to perform. We were fortunate we got to play everyone and we got some guys work on the mound that I wasn’t expecting to throw.”

Ultimately, Walker said, all a coach could ask is to see his team grow.