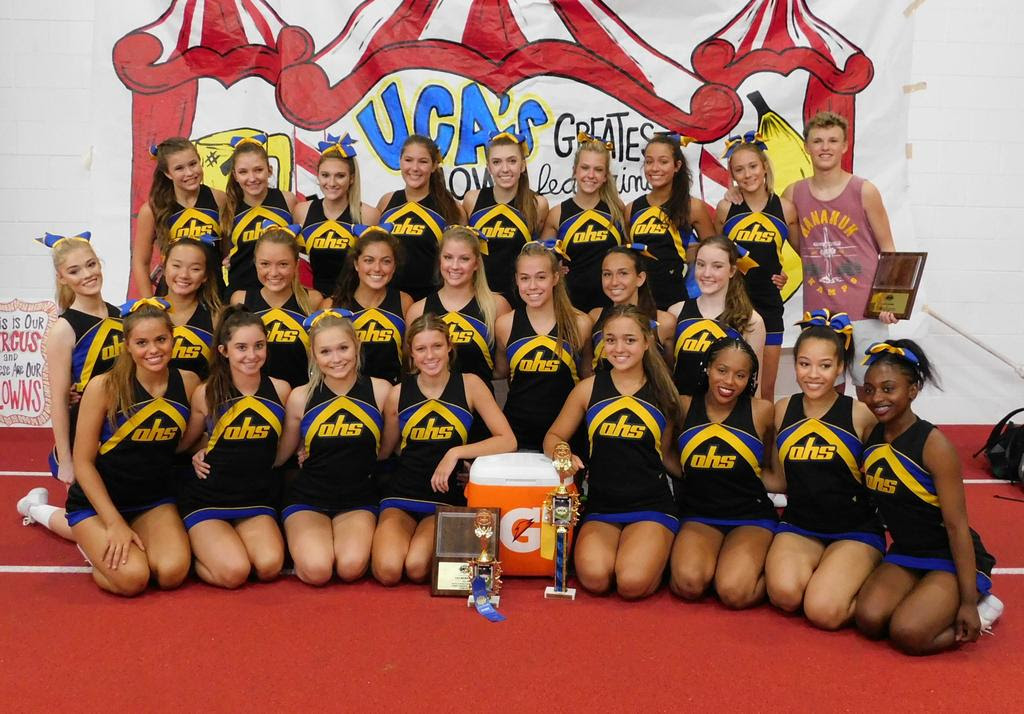 Alongside teams from 26 different schools across six states, the Chargers stuck out from the rest.

Girls from Oxford brought home the camp’s Leadership Award, the most prestigious award given at the camp, and finished first place in the rally routine.

“The camp was super exciting. It makes us all look forward to a great year. We’ll start back up in August with football. We’re excited to see the community come out and support the football team and the cheerleaders,” coach Mylene Cromwell said. “But this sets us up to prepare for our state competition in December. We know what to focus on, what we need to work on.”

The camp is all about how quickly girls can learn and process new cheers. Everything taught at the camp is new. Teams have three days to learn the routines before a competition on the final day of camp, putting everyone on a level playing field.

In addition to team successes, Oxford had seven different girls individually named as All-Americans. All seniors, the All-American nods went to Ann Michael Armstrong, Makyla Brannon, Lucy Case, Cofield Collins, Christina Evans, Lauren Nelson and Julia Tann. These girls learned an additional routine throughout the week that was showcased on the final day.

“We had seven seniors try out and all seven were named All-American. Really, we just have some very talented girls that work really hard. They work tirelessly. We pushed them a lot last week and they gave us everything they had,” Cromwell said. “These girls were focused and they worked so hard. We couldn’t have asked for a better camp.”

By being named an All-American, each girl is invited to march in the upcoming New Year’s Day Parade in London, England. Additionally, being the team winning first place in the rally routine, Oxford has been invited to perform in the pre-game festivities for this year’s Citrus Bowl.