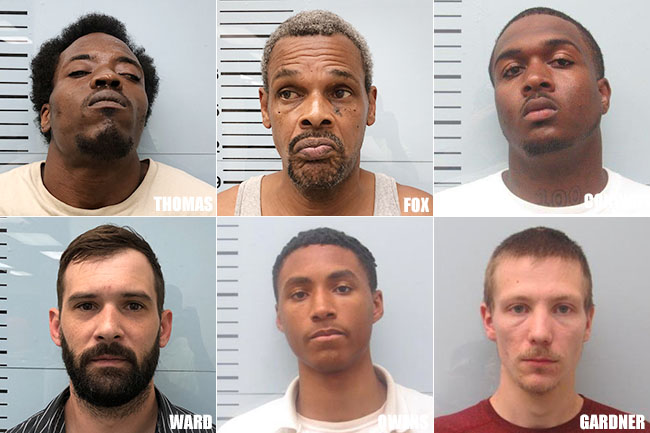 An Oxford man turned himself in hours after robbing a Highway 6 convenience store last Saturday.

Officers responded to the store after a report of an armed robbery and investigators learned that Jameron Conway, 27, committed the robbery. A warrant was issued for Conway’s arrest, but he turned himself in two hours after committing the crime after being contacted by OPD via phone. Conway was transported to the Lafayette County Detention Center and given a bond of $75,000 by a Justice Court Judge.

During one week in April, OPD took 11 automobile burglary reports. During the investigation, it was determined that Tyler Owens, 18 of Oxford, was responsible for all 11 burglaries. An arrest warrant for auto burglaries was issued and Owens was eventually arrested by the Metro Police Department in Louisville, Ky. He was transported back to Oxford and detained in the Lafayette County Detention Center. A judge gave Owens a bond of $50,000.

Two Oxford men are sitting in the Lafayette County Detention Center facing charges of soliciting prostitution. On Monday, OPD received complaints that two males were attempting to solicit prostitution at a local hotel. Investigators were able to get probable cause that Cornillius Thomas, 31 of Oxford, and Henry Fox, 56 of Oxford, were soliciting individuals for prostitution along with another individual. The two men were arrested and transported to the Lafayette County Detention Center and were each given a bond of $15,000.

On June 14, OPD took a report from a local business that one of their employees was taking money from them. Officers discovered during the investigation that Marshall Gardner took approximately $1,008.35 over a period of time. A manager signed charges of embezzlement against Gardner, who was arrested on June 20 on an embezzlement warrant. He was taken to the Lafayette County Detention Center and given a bond of $25,000.

During a traffic stop on June 21 for a vehicle driving the wrong way, an OPD officer came in contact with Richard Ward, 36 of Oxford, and suspected him of being under the influence. During the course of the DUI investigation, the officer learned Ward had at least two prior DUI convictions within the last five years. He was arrested and taken to the Lafayette County Detention Center, where he was booked for DUI 3rd, wrong way on a one way street, open container, driving while license suspended and no insurance. A judge gave Ward a bond of $15,000.