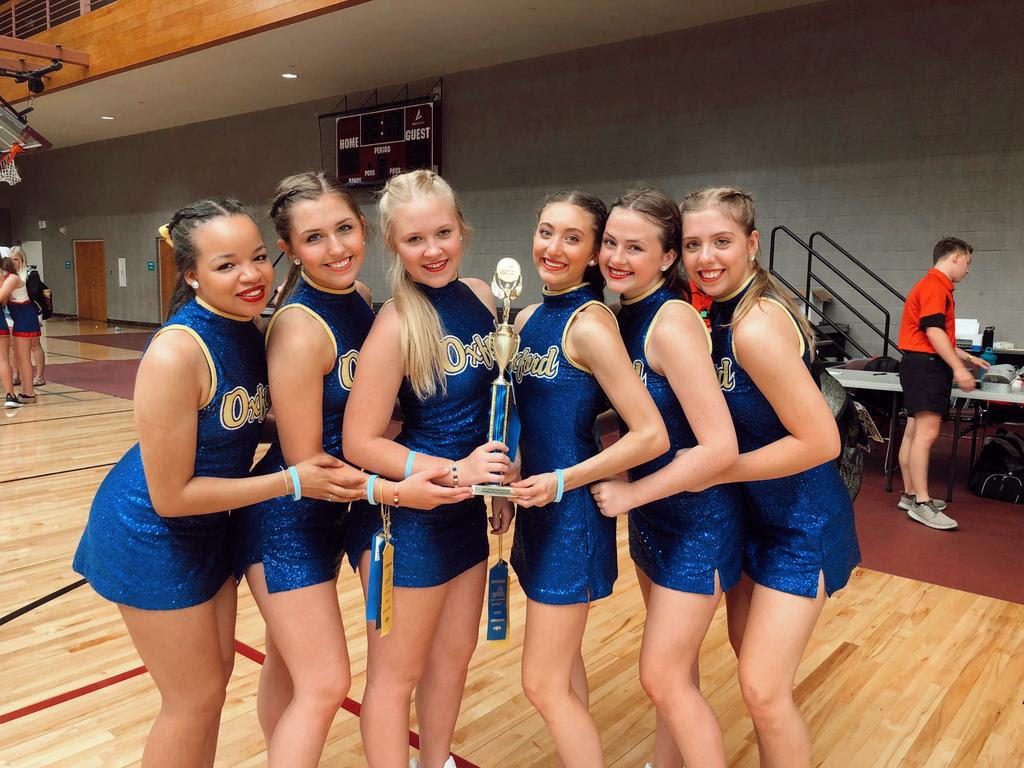 The Oxford High Dance team has earned an opportunity to represent Oxford in the 2020 National Dance Competition.

A group of over 20 dancers competed in the Universal Dance Association camp at Mississippi State University earlier this month, earning first place in the large varsity division. The team win is what lands them the opportunity to competition in the National Competition in Orlando this upcoming spring.

Each team performs a ‘home routine,’ which is essentially a dance routine of any style they choose. The Oxford pom routine came out victorious at the end of the camp.

“You kind of go through the whole three or four days kind of just wondering and thinking about how you did,” coach Robyn Lyons said. “I’m so proud of them. We worked really hard pretty much since April on that home routine that we knew we’d bring to camp. We put all this hard work in and everyone comes to practice and does their job. I was really proud. I knew when they finished that it was a great routine. I didn’t know that we’d win, but I knew they did a fantastic job.”

These girls learned a separate routine at the camp and competed with the routine on the final day.

“I knew those All-American girls were going to make it. They’re all such fantastic dancers. All six of them got out there and did their routine perfect, so I was really excited. But I’m always excited about this team,” Lyons said. “This year’s team is a little older than ones I’ve had prior. We only had one senior last year and now I have all six of those girls.”

With the National Competition not taking place until early 2020, the team has quite a bit of time to perfect things before. Currently, they’re working on their halftime and sideline routines for football and basketball. Come the end of July, they’ll start learning two new routines that they’ll compete with during the state competition in December.