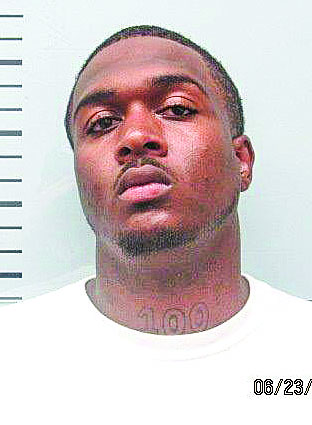 On Saturday, June 22, 2019, officers with the Oxford Police Department responded to a convenience store on Hwy 6 for an armed robbery. Investigators learned during the course of the investigation that Jameron Conway (27 of Oxford, MS) was the person who committed the robbery. A warrant was issued for Conway’s arrest shortly afterwards. Conway was contacted by phone and he turned himself in within two hours of the robbery being reported. He was transported to the Lafayette County Detention Center and given a bond of $75,000 by a Justice Court Judge.

Oxford Police Department Captain Hildon Sessums tells the EAGLE that the victim of the armed robbery was a man who was standing outside the BlueSky Convenience Store off Highway 6 West, asking for a ride to Memphis in exchange for money. When Jameron Conway, 27 of Oxford, agreed to give him a ride for an undisclosed sum and gas money, the man accepted the offer.

“There was a language barrier, but he was looking for a ride,” Sessums said. “(Conway) said they needed $30 up front for gas. They went in, filled up and drove off.”

As soon as the victim, Conway and an undisclosed number of companions left the gas station in Conway’s vehicle, the victim was beaten, badly cut and left on the side of the road. Conway drove away with all of the victim’s belongings.

The victim made his way back to the gas station, where a clerk called 911. Two hours later, Conway turned himself in to OPD.

“The gas station had great cameras, and we were easily able to identify (Conway),” Sessums said. “We made contact with him and said, ‘We know what you did, we know it was you and this is your chance to turn yourself in. And he did, but there possibly more arrests pending on that.”

He was transported to the Lafayette County Detention Center and given a bond of $75,000 by a Justice Court Judge.