ANALYSIS: What exactly do baseball analytics say about bunting? 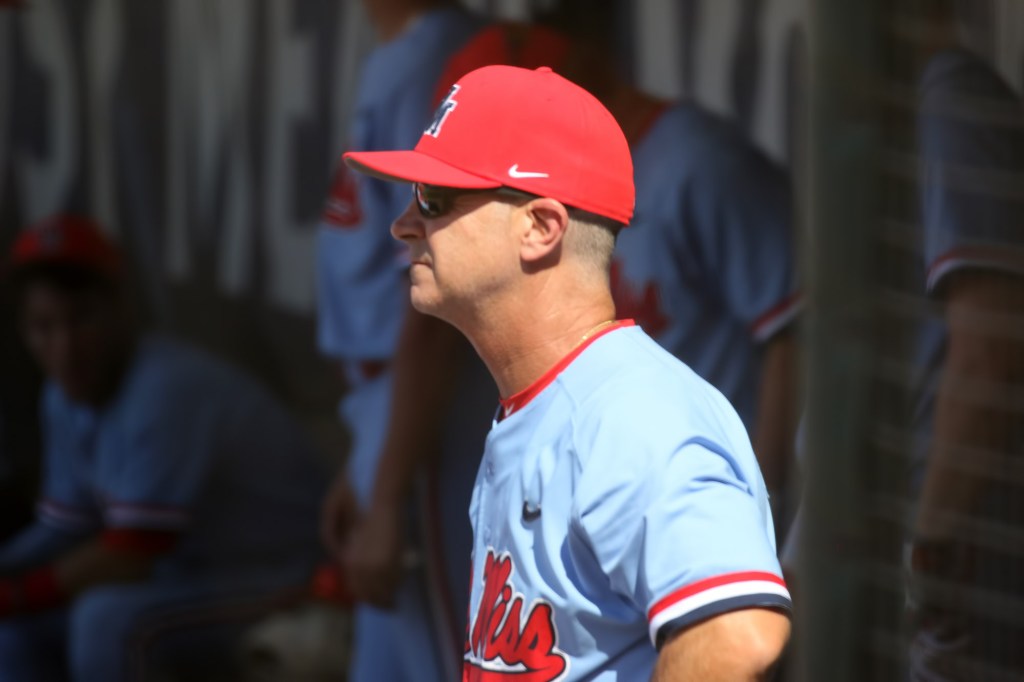 Should Mike Bianco ever have the boys bunt? It became a popular topic of discourse during Ole Miss baseball games, especially on Twitter.

It’s something that honestly may have been overblown – the Rebels didn’t bunt nearly as much as you would think based on the story lines. But the truth is, they should have done so even less.

It’s become easy to criticize every bunt, especially when many of them result in undesirable outcomes. However, there are some times that math suggest one should bunt. Well, not really; there is literally just one situation in baseball where the math supports bunting.

Let’s explain. Baseball is the easiest sport to analyze statistically, which is why the baseball math and sabermetrics have been around so much longer than they have in other sports. Baseball, in a dulled-down core, is a series of one-on-one interactions between a pitcher and hitter – just two variables. Football for example, is series of 11-on-11 interactions. That’s a lot more variables.

To really understand why you shouldn’t be bunting, one looks at two statistical measures: run expectations date and win expectation data.

Now, aggregate advanced statistics for college baseball are not tracked in a manner readily available to the public. So to explain, one must use numbers from Major League Baseball. However, what we do know is that in this past college baseball season, an average of 11.62 runs were scored per game. In the 2018 MLB season, just 8.87 runs were scored per game. Therefore, every stat that says one shouldn’t bunt in pro ball is even more magnified when talking about a college game where even more runs are scored. Now, let’s get into it.

As mentioned above, there are two, relatively easy to understand, stats that show why you shouldn’t bunt. First is called run expectations. Essentially, how many runs are you expected to score in an inning based on the scenario. For example, if you have a runner on first with no outs, a team would score on average 0.936 runs that inning. There’s really two classic “bunting scenarios”: a runner on first with no outs or a runner on second with no outs. Ultimately, the numbers show you should almost never bunt in those scenarios.

Now obviously, sometimes you’ll get lucky bunting. But that doesn’t mean you should do it. It’s like playing blackjack and hitting on a 16. Sometimes it’ll work out in your favor, but in the long haul, the math wins out and you end up on the losing side.

There’s one other way to look at value lost by bunting, through your win expectancy. Like run expectations, win expectancy looks at your likelihood of winning a ballgame given a certain situation. Now typically, the most understood and accepted “bunting situations” happen late in a game when the score is within one run. However, even in these scenarios, the numbers almost always tell you to swing away – except in one very specific scenario.

Down one run late in games, you should simply never bunt. It may seem like the intuitive thing to do, but it’s the worst situation by far. Bunting down one can lower your odds of winning a game from anywhere from 4.9 to 9.6-percent. However, there is one situation in a tie game where numbers support bunting.

So, how much did Ole Miss actually bunt? Probably less than one might assume. The Rebels laid down just 24 sac bunt attempts in 2019. Their opponents did so 31 times. None of their bunt attempts fell in the one scenario in which bunting makes mathematical sense. Twice, they even bunted on the second at-bat of the game. Yikes.

Ole Miss actually had a winning record in games they bunted (obviously this is a silly, broad comparison), but were 1-2 in games where they bunted twice or more. However, this just disregards the fact that there were a handful of unsuccessful bunt attempts that go down in the scorebook as a groundout or strikeout.

Should the Rebels bunt less? Of course, and so should just about every other college baseball team. College is still catching up to the pros in this regard. That’s likely due to the lack of in-depth stat keeping and a much smaller sample size of games. But that’s no excuse to ignore the math.