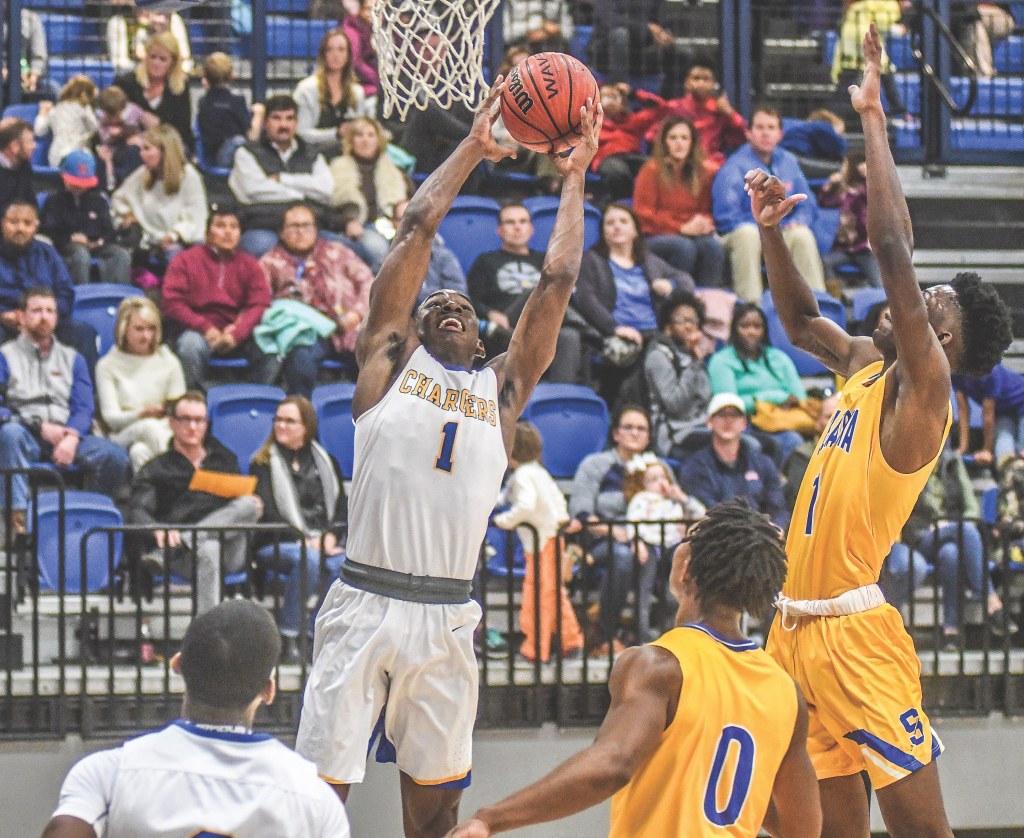 The Oxford High School Chargers may be fully capable of playing half-court basketball – but that’s just not their plan.

“The best answer to your opponent scoring is us getting quick points on the other end. We want to move fast and we like the baseball pass,” head coach Drew Tyler said. “We have a rule that we want the ball across half-court in three seconds. That doesn’t mean you have to shoot it immediately – we still want a high percentage shot. Therefore, the opponent can’t relax.”

J.J. Pegues’ head is up when he gets the rebound and he’s throwing it down the court like he’s Payton Manning. It’s not a fast-break as much as it’s a deep ball on a go route.

A likely recipient on the other end of the pass is Charger senior Kylan Blackmon. It’s the easiest bucket Blackmon can get, but at this point in Blackmon’s career, there’s not a ton of shots he can’t make.

Named the MVP of the North team in the Mississippi North-South All-Star game last year as a junior, Blackmon is continuing to take steps for Oxford. According to his coach, Blackmon, a leader on and off the court, is approaching the game in a whole new way entering his senior year.

“He’s had a more business-like approach since he returned from the North-South All-Star Game. That’s been in the weight room, drill work and in practice,” Tyler said. “He’s bigger, he’s stronger and he’s become a complete player. He’s handling the ball in traffic and finishing around the goal. Not only is he one of our best players, but he’s one of our hardest workers.”

Tyler said he’s challenged the rising senior to continue to improve working off the ball – making his defender work a little extra when the ball isn’t in his hands. Blackmon said he’s working hard to become a more vocal leader and more aggressive.

As a junior, Blackmon averaged 17 points, 4.7 rebounds and 3.5 assists. If he can take an extra step, it’s going to be hard to stop the Chargers.

“In that All-Star game, I learned that there’s a lot of good players in Mississippi, but I’m one of them,” Blackmon said. “Now, it’s my last year. I’m just trying to do what I have to do in order to get us to Jackson. I’ve been trying to improve my game really in any aspect I can, just getting consistently better every day. Really, the goal is to win state.”

The veteran Charger team will center around Blackmon and fellow seniors J.J. Pegues and Tykel Owens. All three started and averaged double digit points as juniors. But there’s a handful of young guns stepping up in the summer. A handful of injuries has allowed Oxford to try guys in new spots. They’ve found some new ball handlers and some guys that worked well down low. It’ll be a more diverse group.

When asked to single out some of the players with less experience that Tyler expects more from in the 2019-20 year, he went quickly to two juniors: J.C. Dennis and Darrius Southern.

“I really like the way these guys are playing as juniors,” Tyler said. “They’re sort of our underclassman leaders, because our senior group is not under the radar at all. They’re on people’s scouting reports.”