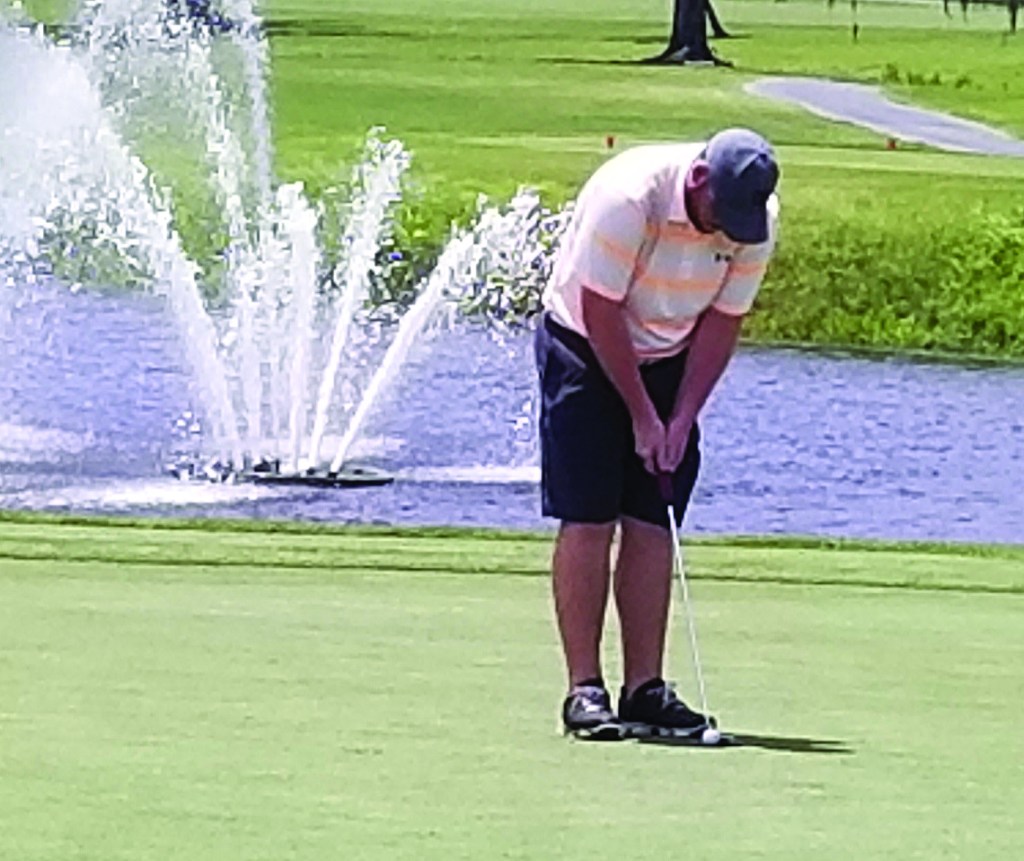 Zach Watts putts during a tournament in Orlando, Fla.

The Lafayette High School senior Zach Watts graduated back in May, not long after winning the 5A State Golf Title – but he’s not done playing yet.

This past weekend in Orlando, Fla., Watts finished his high school career by tying for No. 29 in the 2019 National High School Golf Invitational out of 182 golfers.

“He beat of D1 golfers. Beat a bunch of kids that have taken recruiting visits to D1 schools and stuff,” Lafayette coach Ryan Avent said.” He just played really good, steady golf this weekend. Actually one D1 kid we were playing near walked off the course one day because it was so tough and so hot.”

Watts and others played in Florida summer temperatures ranging from 95 to 97 degrees over the course of the two-day championship. The heat index was around 105 both days. Heat dries out courses, and these ones were already playing quite long – the high schoolers were playing from the pro-tees, a course of over 7100-yards.

Despite the conditions, Watts thrived. Playing on two separate courses, Disney’s Magnolia Golf Course and Palm’s Golf Course, Watts shot a 74 on day-one at the Palm’s before a 75 on day-two at the Magnolia.

“The yardage made the course really difficult. And the heat made the course really tough. And that’s what Zach did so well. He controlled his lower irons and his longer, 200-yard, shots really well when a lot of kids were struggling with those shots,” Avent said. “He’s gotten better every year. A lot of kids, after they commit to schools or sign with schools, they relax. But he’s actually taken a step forward and I’ve seen him improve so much. He grinds on the course and he won’t let a bad shot bring him down.”

Watts signed a golf scholarship with Blue Mountain College back in December. It’s still possible for him to sign with a D1 school if the opportunity presents itself.