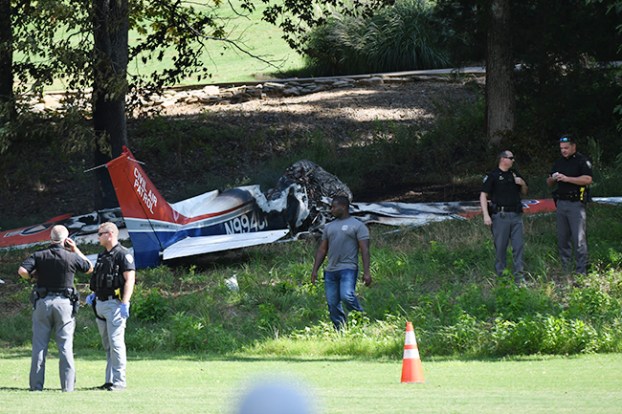 A training flight turned into a nightmare for one family on Saturday when a Civil Air Patrol cadet crash-landed on the Ole Miss Golf Course.

A single-engine Cessna Skyhawk crashed near the 17th tee box around 3:15 p.m. while the pilot was performing touch-and-go takeoffs at the nearby Ole Miss airport. The only person onboard was a female pilot who suffered serious burns in the crash. She was airlifted to Regional Medical Center in Memphis, where she succumbed to her injuries later that night.

The pilot was identified as Lake Little, an 18-year-old from Starkville, who was in the middle of a training flight toward earning her private pilot certification. The flight originated from the Golden Triangle Regional Airport in Columbus at approximately 2:03 p.m. with Oxford as the listed destination in the submitted flight plan.

Little was operating the plane under visual flight rules, which are a set of regulations a pilot operates a plane under in weather conditions generally clear enough to allow the pilot to see where the aircraft is going.

During the touch-and-go takeoffs, Little’s plane appeared to be landing before something went wrong, according to witnesses at the golf course.

“We were on (hole) 9… It looked like it was landing and then aborted the landing and we saw it struggle to come back up,” bystander Brian Scott Rippee said. “Then, when we were walking off the green it just fell straight down into the trees.”

Little graduated from Starkville Academy in May and was set to be an incoming freshman at the University of Southern Mississippi next month. She had recently enlisted in the National Guard and was a Cadet Master Sargent with the Civil Air Patrol. A frequent beauty pageant contestant, Little’s dream was to become a pilot for FedEx, according to her Miss Hospitality 2019 contestant profile. She was also the founder of “Reading Matters,” a nonprofit organization that has promoted literacy for hundreds of children across the state of Mississippi.

“Right now our focus is on the cadet’s family and the members of her local squadron,” Major General Mark Smith, national commander and CEO with the Civil Air Patrol, said in a statement. “This is a tragic accident and we are praying for peace and comfort for everyone involved. We are working with the National Transportation Safety Board and the Federal Aviation Administration to determine what caused the crash.”

During a press conference at the Ole Miss Golf Course clubhouse on Monday morning, NTSB air safety investigator Ed Malinowski stated planes such as the one Little was flying on Saturday do not require or have a “black box” or any recording device on board. The investigators will rely on any radar data and radio transmissions they can gather from both airports to help determine the cause.

Structural damage will also aid in the investigators determining why the plane crashed less than a half-mile from the airport.

“The wreckage, it has certain impact marks and we are able to follow the control cable within the fire and we can tell if they were connected or not,” Malinowski said. “That will tell us if there was control continuity and if the pilot had control of the aircraft by the integrity of the control cable.”

The plane will remain on the golf course for another day or two to allow for the on-site investigation to conclude before the Civil Air Patrol will remove it to a relocation area at an undetermined location at this time. Malinowski stated investigations such as this could take up to a year or more before a final report is filed.