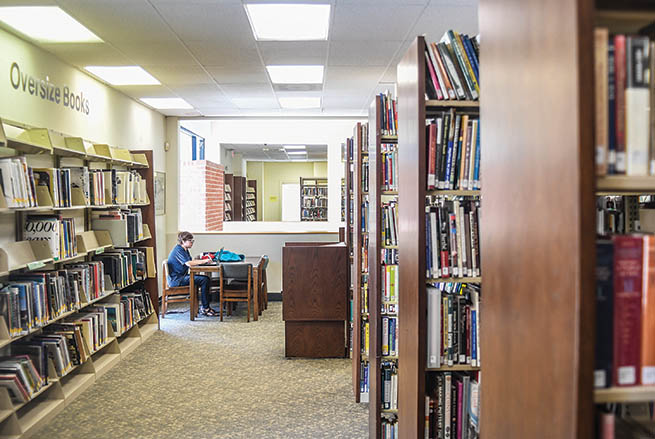 The Lafayette County & Oxford Public Library, in Oxford, Miss. on Tuesday, July 9, 2019, is bringing back its advisory board. (Bruce Newman, Oxford Eagle)

In recent years, the board has not been serving at its fullest, and required, capacity, but that is going to change starting next month.

During last week’s Board of Aldermen meeting, there were five people nominated to serve on the rebooted board as city representatives, and all were approved. Those five, along with five county representatives, will make up the library’s new advisory board, with Hussey serving as the chair.

The five nominees selected to represent each district in Lafayette County were approved by the Board of Supervisors in a previous meeting. Last week’s approval of nominees by the city made the advisory board complete. The First Regional Library’s Board of Trustees appointed Hussey as the board’s chair.

Hussey, who was the Lafayette County representative on the Board of Trustees, spoke with First Regional’s executive director Meredith Wickham about reviving the advisory board for her local library.

“We used to be real active then some members died, some members moved away and so we just kind of got, as the years went by, not as active,” Hussey said of the board. “(Wickham) and I talked and I said we really needed to get (the advisory board) going again and get it working like it’s supposed to work.”

The board has always had a presence with Hussey and two others serving on the board throughout, with other members taking a step back.

Hussey’s goal when coming up with the makeup of the advisory board was to find people who represent the entire cross-section of Oxford and Lafayette County in all demographics. The purpose of the board is to be ‘supporters and cheerleaders’ for the library, as well as talking with head librarian Laura Beth Walker about any needs the library has and going with Walker when she makes requests to the county’s Board of Supervisors. The library does not go before the Board of Aldermen, but rather submits their requests to the city.

“We have bylaws that saw how the advisory board should be,” Hussey said. “We tried to think through different ages, different ethnic groups, different interest of people and come with a diversity. …This is a real cross-section of the community, which is great. That’s what we wanted.”

The board first meeting will be held on Aug. 8 at 10 a.m. at the library. Each board meeting is open to the public and Wickham will be attending the first one to help explain the duties and responsibilities to all the newly appointed board members. The board will meet once every three months and any other times as deemed necessary.