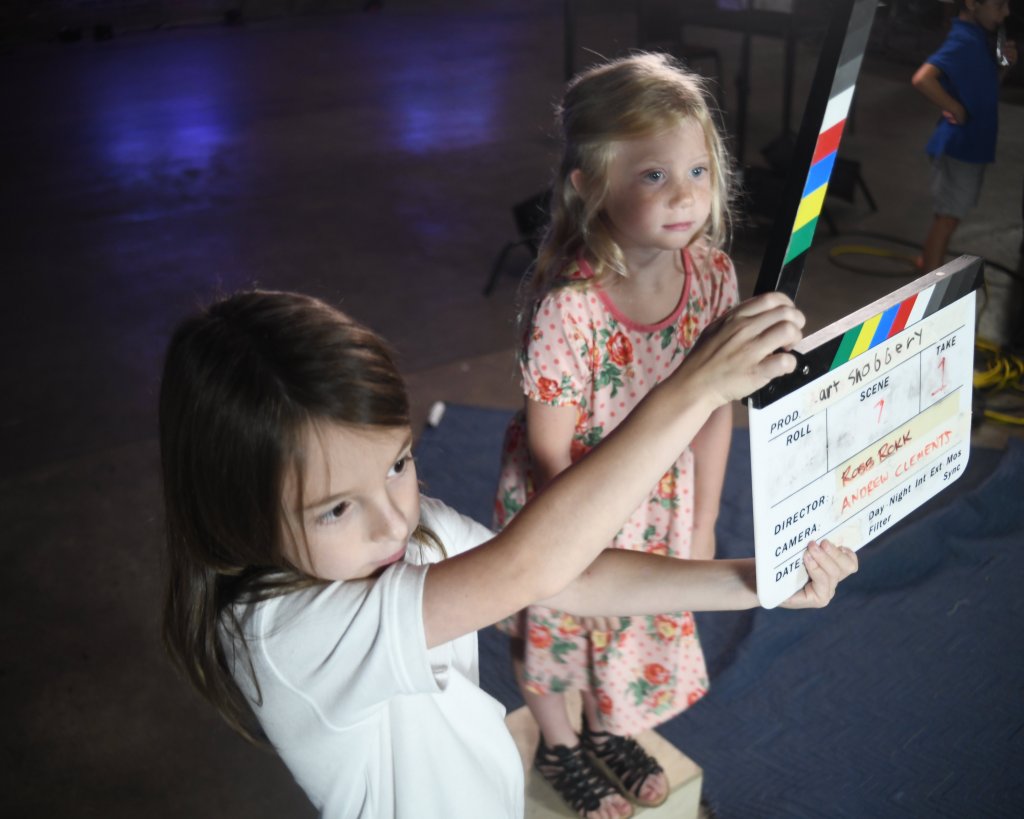 Eliot Rhodes holds a slate before Anne Hollis May acts out a scene during a kids film camp at the Powerhouse Community Arts Center in Oxford, Miss. on Thursday, July 11, 2019. (Bruce Newman, Oxford Eagle via AP)

With so many options for children to choose from during their summer break, a small group of kids are learning how to become the next great filmmakers.

The Oxford Film Festival is hosting its second Kids Film Camp this week at the Powerhouse, where kids from ages 7 to 14 are getting a crash course in filmmaking.

The five-day camp began on Monday and is broken up into two sessions. The morning session is for kids from 7 to 12 years in age, with an advanced class held in the afternoon. Robb Rokk from DeSoto Arts Institute is running the camp and helping each class put together a short film in the span of one week. Rokk formed DAI in Southaven three years ago and teaches weekly film classes, much like the one he is giving during this week’s film camp.

“We shot two films (on Wednesday) and it’s just remarkable that we could even do that,” Rokk said. “It was a little bit of a challenge because I wasn’t used to 7 to 12-year-old kids. That was kind of new to me.”

The camp shows children how a movie is made from start to finish. They started the week by coming up with ideas and learning how a storyboard is formed to outline a film. From there, they began mapping out scenes and learning how to use the cameras, and set up the lighting.

Each respective film from both classes will be shown during next year’s Oxford Film Festival. One movie is titled “Loss of Control” and explores the everyday common occurrence of when a remote control is lost in the living room. The second film’s title is still up for discussion, but centers around the subjectivity of art. Rokk has a working title of “Art Snobbery.”

This is the second year the camp has been put together by OFF’s executive director Melanie Addington, and there were some returning campers from last year’s first camp. For them, it is a week of exploring the world of filmmaking and honing their acting chops while others have been serving as the film crew, working the camera and monitoring sound.

The camp concludes today, but Addington said she expects to hold another one next summer.