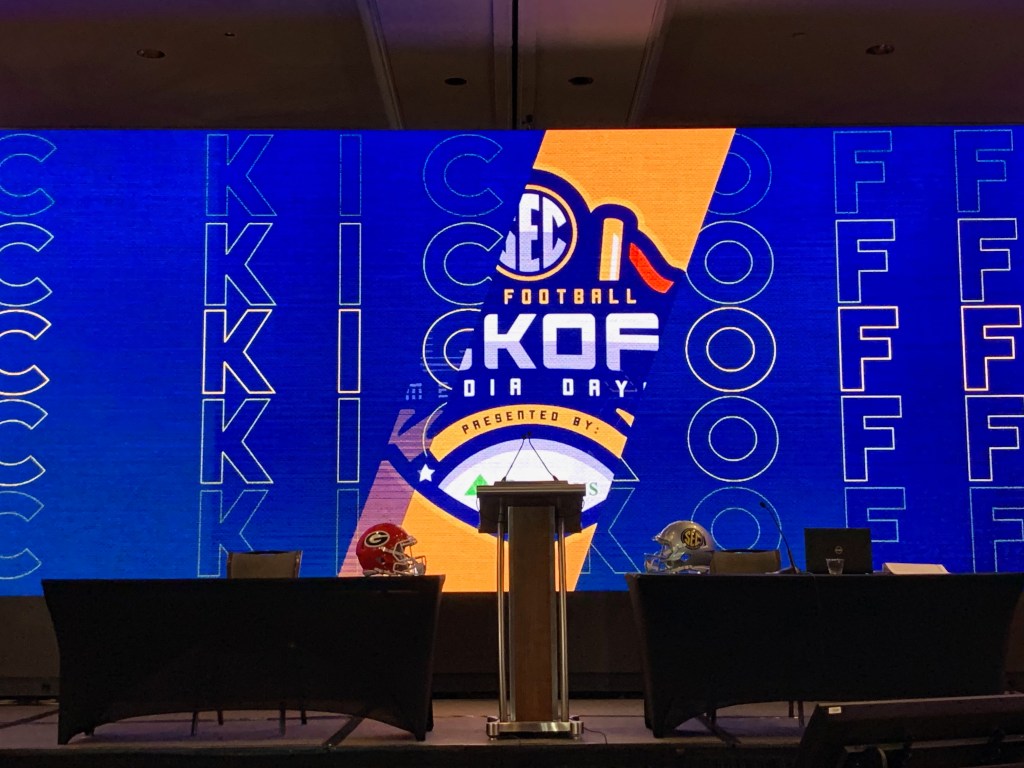 Steve Shaw, the SEC’s Coordinator of Football Officials, attempted to explain a handful of tweaks to existing rules on Tuesday.

Targeting has long been a long-standing, incredibly hard-to-dissect rule since it was instituted earlier this decade. It’s been fine-tuned a handful of times to make it less ambiguous, and Shaw said he hopes this new change will make it easier to understand and keep players from being wrongly ejected from a game.

The biggest change comes in the review process. Now, if a player will be ejected for targeting, all elements of targeting must be “confirmed” by instant replay. There’s no “call stands” anymore. If every element of targeting cannot be confirmed, then replay should overturn the foul and leave the player in the game.

For both types of targeting, an indicator of targeting must also be present for targeting to be upheld in replay. Some possible indicators of targeting include a player “launching” himself at an opponent, leading with helmet, shoulder, forearm, fist, hand or elbow to “attack with forcible contact at the head or neck area,” or lowering the head before attacking with the crown of the helmet.

“It’s not a rule that is trying to be punitive to the player, it’s a rule to change player behavior. We want them to play the game in a safer way – keep their head up and see what they hit. Really, it’s to take the head out of the game. That’s what targeting is all about,” Shaw said. “But the change this year, which I think is a very good change, is all about replay. There is no option anymore for stands in targeting. It will either be confirmed or overturned. And to be confirmed, all aspects must be there. So, that’s a very important kind of note for replay officials, is we’re not just falling into the ‘ruling on the field is correct.’ They have to validate all aspects of it.”

Only about 12 percent of targeting fouls were ruled as “play stands” when it came to replay. So this change may not do too much, but in theory it is a big step. Theoretically, this should prevent players from getting tossed from a game when they don’t deserve it. Will it work out in reality the way it seems in theory? Time will tell.

Outside of targeting, there are a few other smaller rule changes being implemented going into the 2019 season. Notably, overtime is being tweaked in a minor way. The first four overtime periods will not change. But starting with overtime number four, each team will move directly to a two-point attempt. This clearly won’t affect many games at all, but games like the LSU v. Texas A&M game this past year that went into seven overtimes and 255 combined plays should be prevented from happening and decrease fatigue and blows to the players involved.

Another player safety change revolves around blind-side blocks. They will be 15-yard person foul penalties. A lot of these result on kickoffs and punt returns, but they’re trying to get players to use more extended arms and screening blocks instead of just lighting guys up.

You can reach Nathanael Gabler at nathanael.gabler@oxfordeagle.com with news tips, suggestions or comments. Follow @ngabler4 on Twitter for updates throughout Media Day on Tuesday.