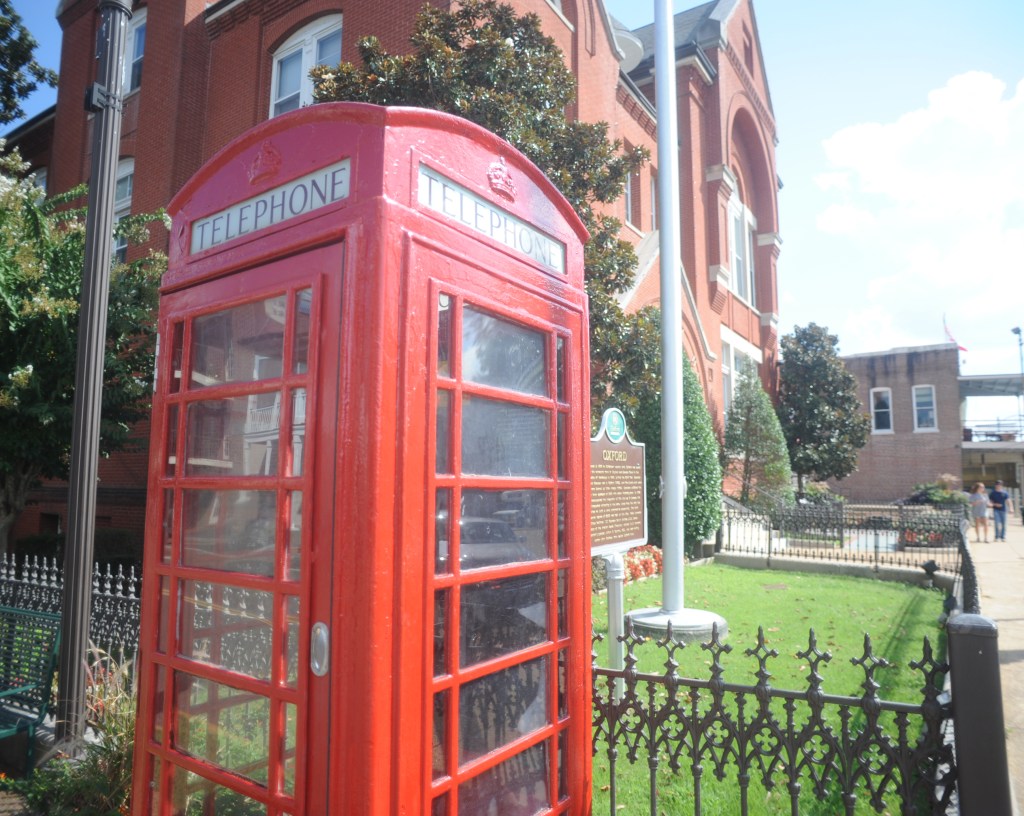 The phone book near Oxford City Hall is a testament to the city’s namesake, Oxford, England.

When the downtown parking garage is completed, there will be a noticeable addition to placed nearby.

A second British-style phone booth will be located on the Square in the coming months after the Board of Aldermen agreed to accept a donation from a family in North Carolina.

The Board made the approval during Tuesday meeting, accepting the phone booth from the Skees family in Wilkesboro, N.C.

During a previous meeting, the phone booth was brought up for discussion but was tabled due to the family wanting the phone booth to be publicly displayed with a plaque in their honor placed on it. The phone booth that has been located at the corner of Jackson Avenue by City Hall since 1995 is the only place the Board could see as a place to put a phone booth, but thought of the idea to accept the second booth and store it as a backup, they said in the meeting.

When the donation was brought forth to the Board during Tuesday’s meeting, it was noted the Skees family would agree to the terms of storing the phone booth for a short period of time if there was a plan and a location for it to be displayed in place. Mayor Robyn Tannehill said there was a plan to install it in the soon-to-be built courtyard that will be next to the new parking garage. The new phone booth will not contain a phone, unlike the one currently located by City Hall.

The plaque will have the Skees family name on it and say ‘Donated By Robert Skees USAF, Col. Ret and Aline Skees.’

The City will be responsible for picking up and transporting the phone booth back to Oxford, which will cost The Building and Grounds department $1,900. The Board voted to approve the expenditure. Shiver’s Towing will be tasked with retrieving the phone booth.