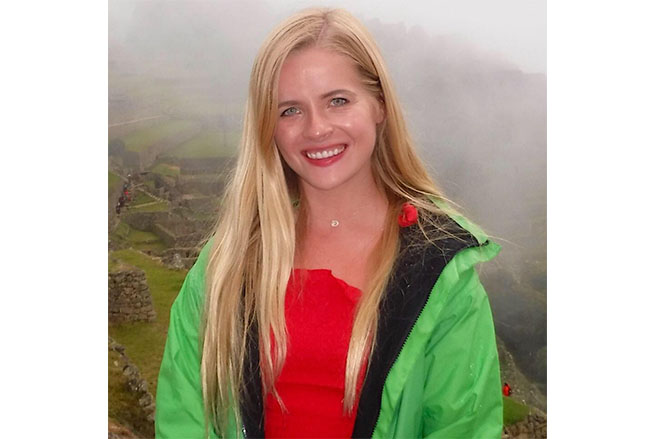 Alexandria 'Ally' Kostial, a student at the University of Mississippi, was murdered in July 2019. Court convicted her boyfriend and fellow student Brandon Theesfield of her murder. Kostial's memorial and funeral services took place on Friday and Saturday (July 26-27, 2019) in her hometown of Saint Louis, Missouri.(photo via Facebook).

The body of a 21-year-old woman was found in Harmontown at 10:23 a.m. Saturday morning.

During a routine patrol, Lafayette County Deputies found the body of a white female. Foul play appeared to be involved.

The deceased was identified as Alexandria ‘Ally’ Kostial from St. Louis, Mo. No other details are being released at this time due to it still being an active investigation.

Kostial was working toward a bachelor’s degree in marketing in the School of Business Administration at Ole Miss.

On Sunday night Kostial’s father wrote a post on Facebook, stating she was attending summer school and teaching fitness classes at Ole Miss. He also alleged that, when notified of his daughter’s death, the Sunset Hills (Mo.) Police Department told him Kostial was “a victim of a homicide.” The Lafayette County Sheriff’s Department nor the MBI have officially given a cause of death.

“We are truly saddened by the death of Alexandria Kostial,” Ole Miss interim Chancellor Larry Sparks said in a statement. “Ally was a valued member of our campus community. We extend our deepest sympathy to her family, friends and classmates and stand ready to support them during this time. We appreciate the work of the Lafayette County Sheriff’s Department and coroner as they conduct their investigation.”

If anyone has any information or thinks they have information regarding this case, they are asked to call the Sheriff’s Department at 662-234-6421 or Crime Stoppers at 662-234-8477. This is a developing story.