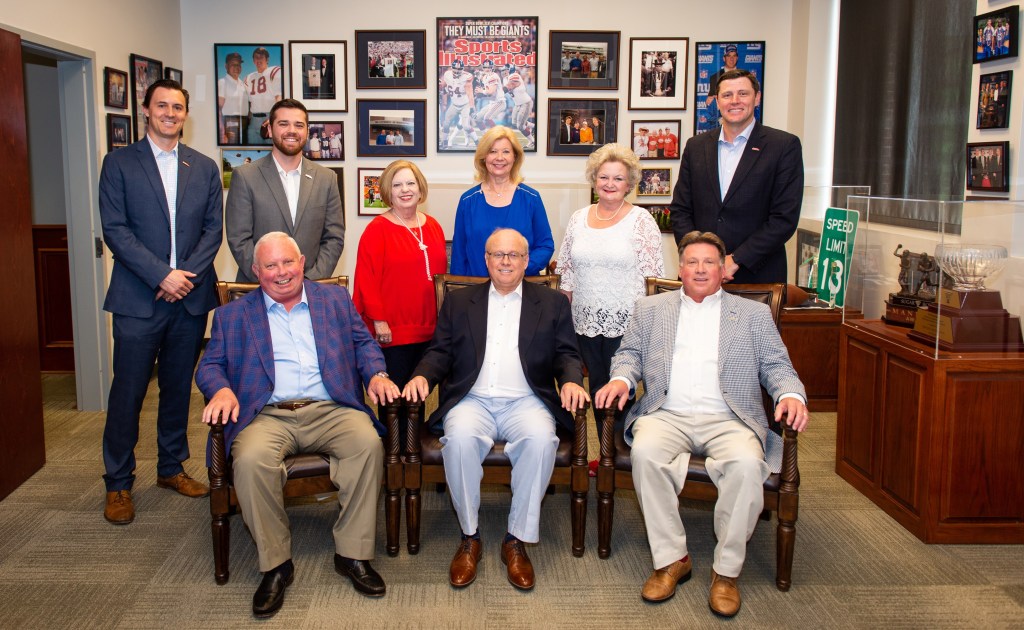 Rebel fans entering Vaught-Hemingway Stadium through Gate 15 in the fall will see a new name spanning its entrance.

The Hankins name is on every piece of lumber Hankins, Inc. produces. Now, after donating $250,000 to the Ole Miss Forward Together campaign, the family name will dawn on the side of Vaught-Hemingway Stadium as well.

“Gifts like these are inspiring to others who may be considering whether the timing is right to give back to Ole Miss,” said Ole Miss interim Athletic Director Keith Carter. “Other potential donors will see the Hankins family leading the way toward increased support and hopefully feel that they want to contribute, too. The Hankins family story is remarkable because of the longevity of support they’ve given Ole Miss as faithful donors for more than 25 consecutive years.”

Hankins, Inc. dries and planes Southern Yellow Pine lumber that is now sold nationwide. David and Rita Hankins, J.D. and Beverly Hankins, and Harold Wayne and Patsy Hankins recently made the gift to the Forward Together campaign. Hankins, Inc. is owned by the three Hankins brothers who themselves are third generation Rebel fans.

The company has grown from selling 12 million board feet during 1988, their first year, to 110 million in 2018. They’ve produced over 2 billion board feet over the last 30 years. They now support over 100 on-site employees.

A family that grew up around Ole Miss athletics, now they’re successful enough for their name to dawn the stadium they grew up in.

Ole Miss athletics began its Forward Together campaign in 2011, raising $25-million in its first month. In total over $180-million has been donated over the entirety of the campaign.

“The Gate Naming Initiative is the first of its kind and will play an integral role in completing the $200 million Forward Together campaign,” Carter explained. “With $180.9 million raised toward a multitude of capital projects, the final phase of the campaign saw the opening of the William F. Galtney Indoor Tennis Center and completed renovations to Oxford-University Stadium.”

Naming opportunities remain available for the grand gates at the north, east and west entrances as well as a limited number of individual gates.