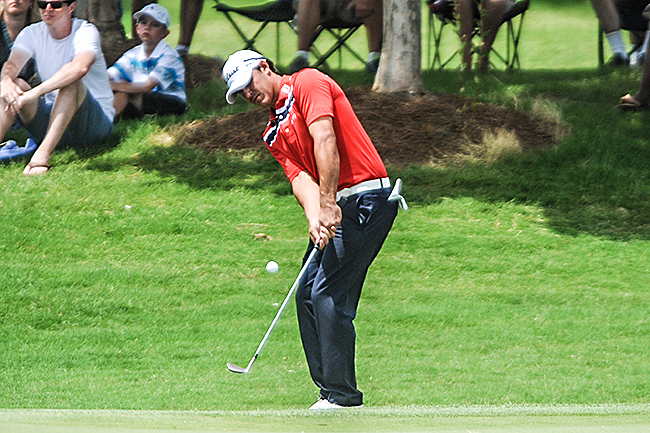 MEMPHIS, Tenn. – Just four days after the conclusion of the final major championship of 2019 and the hoisting of the Claret Jug at The Open Championship in Northern Ireland, the best golfers in the world will embark on Memphis this weekend.

Forty-six of the top-50 players in the world – according to the world golf rankings – including each of the top four will be at TPC Southwind in Memphis, Tenn. Based on potential winnings, this weekend’s WGC-FedEx St. Jude Invitational is tied for the second largest, non-major, golf tournament on the PGA schedule this year.

Brooks Koepka, the No. 1 player in the world and winner of four of the last 10 majors, headlines the loaded field. Koepka finished fourth in this past weekend’s British Open, making him just the fifth player all-time to finish top-five in all four majors in one year. He won the 2019 PGA Championship.

Other huge names in line to tee off on Thursday include Dustin Johnson (the winner of last year’s St. Jude Classic), Rory McIlroy and Justin Rose – the world No. 2-4 golfers. Defending WGC winner, No. 9 ranked Justin Thomas is also in Memphis to defend his title. The most notable player not in attendance is Tiger Woods.

In a touching moment before media sessions on Tuesday, Justin Thomas had a patient from St. Jude Children’s Hospital, Bailey, design him a pair of golf shoes. He said he plans on wearing the shoes all four days.

“It was really cool. I had seen a picture of them, but just, I mean the creativity that Bailey had was tremendous, and also how good of an artist he is,” Thomas said. I don’t think I could draw that, anything close to as good as that. And he did the box, he did the sole, or the insole. It all was tremendous. But to have the opportunity to meet Bailey and his family and his sister, it just was a great experience. The shoes are awesome, I really do like them. I plan on wearing them all four days.”

For the first time in history, this event at TPC Southwind will be hosted as a World Golf Championship, hence the purse of $10.25 million. The PGA Tour has held an event in Memphis every year since 1958, the St. Jude Classic every year since 1985. This year as a WGC event for the first time, with a purse just shy of the $10.75-million purse from The Open Championship (a major) just a week ago, this year’s WGC-FedEx St. Jude Invitational holds much more weight than past years.

“I’ve always wanted to play this golf course and I’ve always wanted to play this tournament, just being the week before the U.S. Open, the timing didn’t make sense and it didn’t work out,” Thomas said. “Unfortunately we have to miss a lot of tournaments because of scheduling. But I have wanted to come for a while. And I’m hoping to work out, I’m sure it will, to be able to go to the hospital and see it. I’ve heard it’s very powerful and moving.”

An additional familiar name that used to play the PGA Tour event regularly in Memphis is former Ole Miss golfer Braden Thornberry. Thornberry, at one point the No. 1 amateur golfer in the world, turned pro back in December. Thornberry is currently playing on the Korn Ferry Tour (previously the Web.com Tour), the second-tier tour to the PGA Tour, and thus did not qualify to be in the field.

The event kicks off Thursday morning from TPC Southwind. Tickets are still available for the event online.