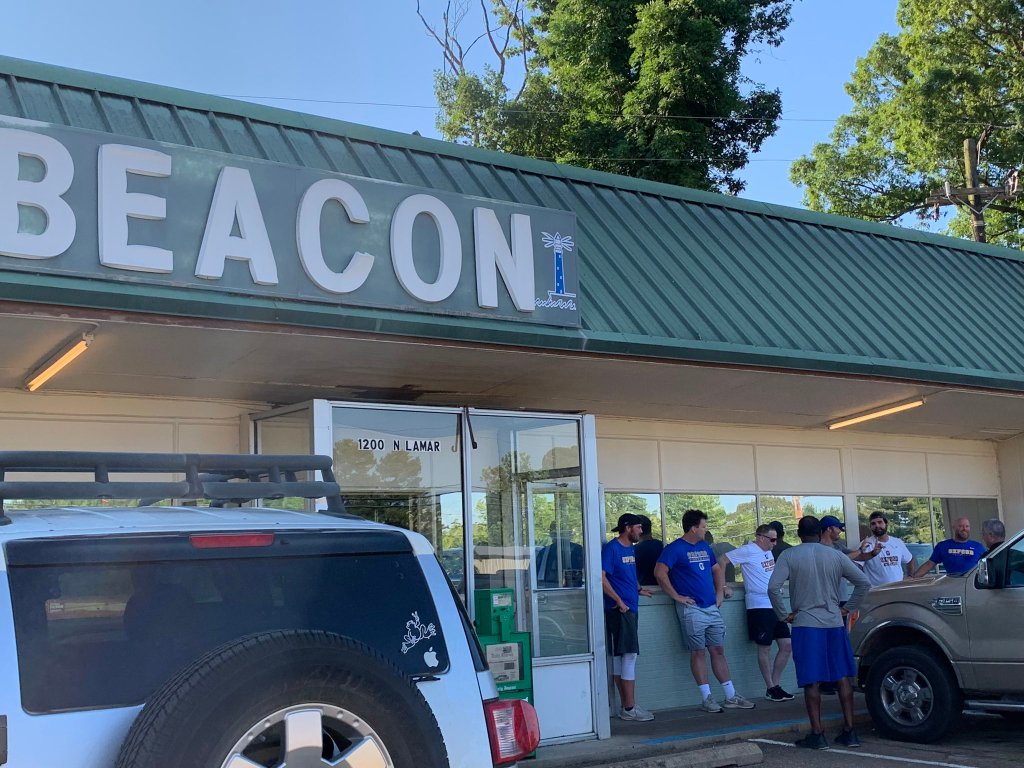 Who needs breakfast? Oxford quarterback John Meagher ran right back to Oxford Middle School – he had to finish his morning workout.

The Oxford football team held their annual Beacon Run on Wednesday morning. The team never knows exactly when it’s coming, but it’s always a highlight of the long grind of the hot, summer offseason

“Honestly I don’t know exactly when it started, but it’s been going on for several years now,” head coach Chris Cutcliffe said. “It’s always their favorite day of the summer. It’s a big surprise for them.”

The Chargers met at the field house at 7 a.m. for a standard morning weightlifting session. They had no idea the run was coming. Following weights, the team sat down and were introduced to new principal Noah Hamilton. Hamilton went through introductions and his background and got to know the team for a bit.

At the end, Hamilton, dropped the surprise. “They were pretty fired up and took off,” Cutcliffe said.

The run itself is about a 1.25-mile, uphill run to the Beacon, where the team will grab breakfast (unless you’re Meagher). This Wednesday morning in July was a rare, beautiful morning of 68-degrees when they took off, something Cutcliffe joked about having planned but was clearly just coincidence.

The Beacon Run isn’t a tradition that’s held all the way since Cutcliffe was a Charger himself, but it’s now one of the favorites on the Oxford Charger offseason schedule.